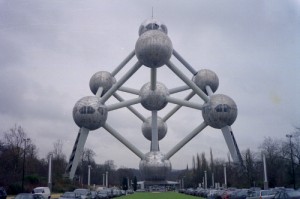 The leaders of the G-7 met in Brussels on June 4-5 after the previously scheduled G-8 Summit in Sochi, Russia, was cancelled when G-7 leaders suspended Russia’s participation in response to its violation of Ukraine’s sovereignty and territorial integrity.  The G-7 is a group of like-minded, advanced industrial economies capable of acting together to advance common interests across the full range of its economic, security and development priorities.

G-7 leaders discussed the situation in Ukraine and stand united in support of the efforts of the people of Ukraine to build a deeper and stronger democracy that accommodates the rights and aspirations of all people in all regions of Ukraine.  Despite violence and intimidation, strong voter turnout for the May 25 presidential election underscores the determination of Ukraine’s citizens to determine the future of their country.  Against this backdrop, G-7 leaders discussed their commitment to support Ukraine as it works to unite the country and transition to an inclusive democracy and prosperous market-driven economy and their determination to raise the cost for Russia of continued actions to undermine Ukraine’s sovereignty and territorial integrity.

G-7 leaders also agreed that coordinated actions must continue to raise the cost of Russia’s unacceptable interference in Ukraine, including the occupation of Crimea in violation of international law and the ongoing efforts to destabilize Ukraine’s east and south.  G-7 leaders have taken a number of steps to impose economic costs on Russia and committed to take further intensified measures if needed.  Specifically, all G-7 members have:

G-7 leaders pledged to support Ukraine as it pursues reforms needed to transform its economy.

The crisis in Ukraine has brought energy security to the forefront of the G-7’s agenda.  Following the meeting of Energy Ministers convened on May 5-6 in Rome at the request of G-7 leaders to chart a coordinated strategy to strengthen energy security across the G-7, in Brussels G-7 leaders agreed on new commitments to enhanced energy security.

G-7 leaders denounced the use of energy supplies as a tool of political coercion, affirmed core principles to guide energy policy, and identified steps to enhance their shared energy security.  This incorporates continued commitment to promote low carbon technologies and development of a more integrated and secure global natural gas market.  G-7 leaders have directed their energy ministers to undertake concrete steps to advance these goals in the coming year, including:

Energy Security Assessments:  Each G-7 country, and other interested countries, will conduct a comprehensive assessment of its energy system to identify ways to increase the resilience of critical infrastructure, transit routes, supply chains and transport.  These assessments will evaluate G-7 countries’ ability to respond to a variety of potential disruptions and guide commitments to increase the diversity of supplies and modernize energy infrastructure.  Earlier this year, President Obama announced the first ever Quadrennial Energy Review (QER), which will be completed by January 2015 and will identify threats, risks, and opportunities to U.S. energy transmission and distribution infrastructure.

Contingency Plans for Winter:  Advance planning can dramatically enhance a country’s capacity to respond to a temporary energy disruption, ahead of colder winter months, and G-7 leaders therefore committed to help develop emergency energy plans in Europe for next winter, complementing the work of the European Commission.  To support these efforts, the United States will provide technical assistance to help Central and Eastern European countries develop contingency plans for this coming winter to ensure provision of essential service in the event of an energy disruption.

G-7 leaders agreed that concrete action on climate change is an essential complement to steps to strengthen energy security.

2015 Climate Agreement:  Leaders share a strong commitment to reaching a new global climate agreement in 2015 that is ambitious and reflects changing global circumstances.  The largest developed economies must lead by example by putting forward national emission reduction contributions by March 2015.  Earlier this week, the Obama Administration sent a powerful signal by unveiling one of the most ambitious national climate actions proposed by any country:  a proposed domestic rule that would reduce emissions from existing power plants by 30 percent by 2030 compared to 2005 levels, a reduction of over 700 million tons per year.

Addressing Short-Lived Climate Pollutants:  In addition to reaffirming their determination to phase down hydrofluorocarbons (HFCs) under the Montreal Protocol, G-7 leaders committed to promote the rapid deployment of climate-friendly and safe alternatives to HFCs in motor vehicle air-conditioning and to promote public procurement of climate-friendly HFC alternatives.  These concrete actions signal the G-7’s commitment to take action on highly potent greenhouse gases.  In addition, the United States is moving forward with two separate HFC-related regulatory actions under the Clean Air Act.  The first is expanding the list of climate-friendly alternatives to HFCs.  The second will propose to prohibit the use of certain HFCs for specific applications, including in motor vehicle air conditioning.  Both proposed rules will be issued during summer 2014.

Green Climate Fund (GCF):  The G-7 leaders noted their ongoing commitment to climate finance and welcomed recent progress by the Green Climate Fund (GCF) Board that will enable the launch of the fund’s resource mobilization process later this year.  The United States has been working alongside other board members to encourage the design of an effective, innovative, and efficient GCF that can catalyze private investment in green and low-carbon infrastructure.

Reducing Incentives for Carbon-Intensive Investment:  Promoting green finance flows requires a complementary commitment to reducing incentives for high-carbon investment and aligning official financing practices with climate objectives, including through the work of export credit agencies.  G-7 leaders agreed on the need for continued work in the Organization for Economic Cooperation and Development (OECD) to shift export credit flows away from carbon intensive investment.  Last year, the United States became the first country to end public financing, including through export credit support, for new conventional coal plants overseas except in rare circumstances.

Development has been a longstanding common priority of G-7 leaders, and this year was no different.  The United States and the G-7 are the world’s leading donors to global development and are strongly committed to working with partner nations to promote inclusive and resilient economic growth, expand access to power, promote food security and nutrition, and improve health by advancing global health security and supporting the GAVI Alliance and the Global Fund to Fight AIDS, Tuberculosis, and Malaria.  G-7 leaders agreed on a number of shared priorities: