On June 2, 2014, Prof. Dr. Victor Britez Chamorro, Chancellor of the National University of the East, Paraguay, a renowned international scholar in business administration and higher education administration, published an article at the Vanguardia newspaper in Ciudad del Este, Paraguay.

The article of Dr. Britez’s, entitled “the Banality of Evil” focuses on the current turbulent environment created by the family of Z3: Mayor Sandra McLeod of Ciudad del Este;Governor of Alto Parana, Justo Zacarias Irun, her brother in law; and her husband Javier Zacarias Irun, immediate past Mayor of Ciudad del Este, a self-made Russian style oligarchy family, that refuses to embrace transparency, accountability in the use of public money and are alleged suspects for corruption scandals with the public funds of FONACIDE that were allocated for the “merienda escolar” , a program of food for kids in elementary schools.  Such actions undertaken by the Z3 Family, the sole oligarchic family in Alto Parana, have irritated almost every citizen in the Department of Alto Parana, over thirty thousand tax payers, whose capital city is Ciudad del Este. Prof. Dr. Britez begins his article with “Hannah Arendt, a brilliant teacher, writer and a Jewish researcher, who was sent to Israel to give a press coverage to the trial of one of the most famous war criminals in WWII history: Adolf Eichmann, accused of being involved in the Holocaust and captured in Buenos Aires, Argentina and transferred to Jerusalem for his trial.” [1]

The current series of corruption scandals and lack of transparency in which is meddled the Z3 family of Mayor McLeod, deserves an appropriate comparison with the crimes committed by the Nazi’s against six million Jews during World War II Europe. Why are there striking similarities in both of these crimes committed against innocent tax payers and citizens in two different periods and in two different continents and contexts?  Looking deeply into the current lack of transparency and traffic of influence in Ciudad del Este, there is no difference with Hitler’s regime and its lack of transparency in Germany.

Striking a parallel line between these two cases is rather common sense, due to the fact that while in World War II Europe Adolf Eichmann was one of the architects of exterminating over 6 million Jews, gypsies and communists; over sixty years later, eleven thousand miles away from Europe, in the heart of South America, we have a local government that is violating some of the basic human rights which are at the same caliber of importance as taking somebodies life, they are: causing malnutrition and not spending the previously allocated funds to purchase meals for elementary school kids; many illegal cases of traffic of influence and alleged corruption practices; lack of transparency on how the public money is being spent; a completely paralyzed public works office which has never undertaken a serious road construction in the last 15 years; significant cuts in education and school construction funding in the last four years.  Having all this laundry list in: abuses of power, traffic of influence undertaken by the Z3 Family, including Alto Parana Governor and his sister in law; it gives us the moral authority to denounce these irresponsible acts which affect and literally “assassinate” the future of a whole generation; bring 600 thousand inhabitants of Alto Parana into the poverty level and most importantly, are ruining the lives of over 60 thousand elementary school kids who are malnourished, do not have school supplies and in some cases the ‘romantic’ shade of a mango tree serves as their elementary school classroom while seating in a red dirt covered ground.

Additionally the Municipality is persecuting and embracing hounding practices, which are even worst that Gen. Stroessner’s dictatorship, against more than 800 taxi drivers and their families, by arresting an suing their leaders illegally.  The local government under Mayor Sandra McLeod goes even further and for more than three years refuses to issue a commercial driver’s license to Chancellor Victor Britez, such a retaliatory act has not even happened during the dictatorship of Dr. Gaspar Rodriguez de Francia, in the 1830s, despite the fact that in Dr. Francia’s time Paraguay had the largest number of Ox carts in Latin America, and it fortunately continues to break this record up to this day.  Dr. Britez wrote a statement in his article: “I would like to receive a response, why for the third year in a row I cannot pay for my commercial driver’s license? A right that I have been deprived apparently because of being a member of the opposition group in town.

Dr. Britez’s editorial continues: “Hannah would not earn the attention of others, since at the center of the story was the monster whose trial was taking place, and condemned publicly by many Jews.  In her view, Eichmann’s obsession was just a ratified staff following orders and did not show any guilt, because his task was not to object orders but follow them and cause the death of millions of human beings. Eichmann only obeyed orders and the responsibility was upon those who had taken the decision of legitimizing these crimes.

Even at an extreme case when he would be ordered to take his father to the concentration camps he would follow the orders accordingly.”

Dr. Britez states that: “According to Hannah these types of criminals require a different form of analysis and justice, we are dealing with a common human being who feels excused from his errors and transfers his errors and crimes to someone else and does not reflect upon the consequences of his acts, puts asleep his conscience, in order to avoid justice against his actions. It is bothersome that there are people who do not accept their mistakes as a result of their personal wrongdoings.  This is why when G. K. Chesterton, a journalist of the New York Times was asked, on who is the problem of the world? and he responded: “Dear Colleagues, I am the problem.” This statement calls all of us to look upon ourselves deeply and see how many men like Eichmann are found among us.”

It is difficult to accept a mistake, according to Romans 7:21, “evil is within ourselves”.

Dr. Britez concludes his accurate radiography on the Z3 family and the current Mayor Sandra McLeod, by emphasizing the importance of transparency and the need to have explicit information provided by the City Hall, available on the internet, and demonstrate clearly where the public money is being spent.  As of June 7, 2014, unfortunately the City Hall of Ciudad del Este does not have an official website.  Has there been spent any money for developing a website for the City Hall of Ciudad Del Este? If so, how much of the public funds has Mayor McLeod spent on this unaccomplished task?

Dr. Britez highlights: “In more than a decade and a half during the administration of the City Hall in Ciudad del Este, there is a BANALITY OF EVIL, the majority of its leadership team is considered as a part of the machine, everything is being done well and doubting their public service is unacceptable, this is why there is no need to receive concrete answers, in regards to how is the public money being spent by the City Hall, this money is being paid to the local government through tax payers and the latter deserve responses.  Why can’t the National Auditing Agency (Contraloría General de la Republica) investigate and research further for the alleged abuses with public funds in the second largest City Hall in the country.”

There is an urgent need to have written answers by the City Hall in order to shed light on the alleged traffic of influence cases led by the Z3 Family, City Hall’s decade long (since 2001) abuse of public money and repeated refusal to guarantee transparency on how the public money has been used in the past by the local government of Ciudad del Este; all these items must be made available to the public urgently. Twenty Five Thousand Paraguayans demand transparency NOW!

Dr. Victor Britez currently serves as Chancellor of the University of the East (UNE) in Ciudad del Este, Paraguay.  Cuidad del Este just celebrated its 43rd birthday!  It is a new city that developed across the Parana River from Foz do Iguasu Brazil, that is built on trade and international commerce.  He also served as a professor in the College of Polytechnic at the National University of Asuncion, Paraguay.

October 20-22, 2013, Notre Dame University and the Global Engineering Deans Council hosted the top leadership from the National University of the East (UNE) in Paraguay in the GEDC 2013 Chicago Conference, as one of the 45 delegations of engineering deans from across the globe.

The delegation of UNE was led by its Chancellor, Prof. Dr. Victor Brítez Chamorro; the Director of International Affairs Rolando Segovia; Dean of Agricultural Engineering, Ing. Rafael Vázquez Torres; and the Dean of the Polytechnic College(UNE), Lic. Lidia Graciela Benítez de Pérez. The Paraguayan Delegation was perhaps the only one who had to pay its own travel expenses due to major cuts in the University’s budget implemented by the Paraguayan Senate for the 2014 Fiscal Year. UNE is expected to maintain its doors open for the upcoming academic year even though the Senate has not approved the required funds that are designated towards the facilities management and purchase of supplies for Engineering labs, classroom equipment and payment of utility bills. According to Chancellor Brítez, “in Paraguay only 2,4 percent of the Annual National Budget is intended towards the public universities across the country in order to prepare new professionals, stimulate investigation and innovation.”

In an interview for ABC Color in Asuncion, Prof. Brítez added that “the amount of USD 4.820 per year awarded to every student in a public university is very little if we pretend that from these universities we are aiming to contribute to our national development and raise a young generation of highly qualified professionals. In our nation’s private universities it is estimated that over USD 6.266 is spent for every student.” Given these unusual financial constraints at a time when UNE is celebrating its XX anniversary; its leadership has showed a great commitment towards representing Paraguayan Higher learning institutions worldwide. [2]

In addition to actively participating at the GEDC conference sessions, Chancellor Brítez had various meetings at the Palmer House, with International university leaders such as Satish Udpa, Ph.D. Executive Vice President for Administrative Services at Michigan State University; Uriel Cukierman, Dean of Engineering at Palermo University in Argentina; Jaime Bonilla, Dean of Engineering at Tecnológico de Monterrey – Mexico; and Dr. Hans J. Hoyer, Secretary General of IFEES and Executive Secretary of GEDC, headquartered at Marquette University. Dr. Britez had also a memorable meeting with the current and former Presidents of the International Federation of Engineering Education Societies – IFEES.

What came out of G-7 summit in Brussels 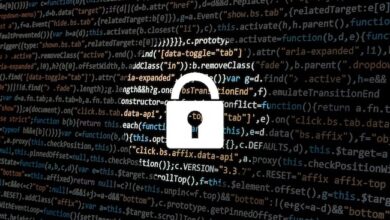