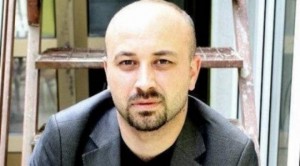 On August 1st, 2014 I had a brief interview with Uran Krasniqi, Kosovo’s renowned political analyst. Mr. Krasniqi writes for Kosovo’s largest newspaper “Koha Ditore” and is widely cited in the Balkans and other parts of Europe. His thoughts and insights shed further light on the current bilateral relations between the United States and Kosovo; his country’s foreign policy; and Prishtina’s failed war against corruption.

Justin Farrell: What is the local population’s perception of the relations between the United States and Kosovo?

Uran Krasniqi: The bilateral relations between the United States and Kosovo are perceived positively and are deeply related to the fact that the United States was a key player in the establishment of Kosovo’s independence and continue to be instrumental in the shaping of political parties, alliances and government elites in Kosovo. The United States and European Partners have immensely contributed towards the foundation of Kosovo as an independent state, on its statehood recognition internationally and towards the implementation of its domestic policies after its independence in 2008.

These relations have historic ties and are traditionally considered to be very important by the Albanian’s of Kosovo.  President Woodrow Wilson helped in the creation of the first Albanian State through the principles of self-determination, then President George H. W. Bush who threatened and deterred Slobodan Milošević not to attack Kosovo.  During the Clinton Presidency we have seen the period that has left a great impact in the US – Kosovo Partnership because of the War of Kosovo in 1999. Later in 2007 President George W. Bush openly affirmed that there is no other solution for Kosovo except its independence.

JF: It seems that Kosovo’s foreign policy is very slow and the recognition of its independence has been stalled. Isn’t this a wrong conclusion?

UK: The Foreign Policy of Kosovo is efficient only when the U.S. and European influence is exerting pressure and is encouraging the local leaders.  Many countries in the World have recognized the independence of Kosovo only because the United States and European Union Member countries have made formal requests. But when we are dealing with such situations it’s impossible to pretend that the current results in respect to the recognition of Kosovo’s statehood abroad have nothing to do with Kosovo’s Foreign Policy.  The Foreign Policy is the mirror image of Domestic Policy.  Those politicians who make domestic policy in Kosovo belong to political parties that have “democracy” in their official party names, but belong to parties that exist without a roadmap program and lack inner and open debate within their ranks.  An important criterion for career advancement in politics is to be a servant to political leaders.

Many of them are involved in corruption scandals.  While being the products of such a context, their everyday logic is not guided by a national strategic plan but from the momentary tactics while finding themselves in difficult situations.  This phenomenon characterizes the foreign policy of Kosovo. Lately we had many leaders in the implementation of Foreign Policy who never got along.  We had a Deputy Prime Minister who was a business leader who would come out in a press conference and state that foreign official governmental notes would be issued and were sent to his address, but at the same time was sharing with everyone how he had purchased a desk top for the President of Mali.  So this is openly an attempt to bribe a foreign leader. It is true that Kosovo now received notes of recognition in a very rare occasion.  The Ministry of Foreign Affairs declares that there are 107 states, but always there have been problems in respect to the official correspondence with many countries. The recognition of Kosovo’s independence is very complicated based on many factors.  The Sovereign countries have their own reasons for not recognizing and unfortunately those are many.

Many countries are reserved in relation to the recognition of Kosovo’s Independence because our country is seen as a product of the United States and its partners; other countries are discouraged because of their minorities in their territories and are afraid that the latter would demand independence; and other countries that do not have a single interest; as well as other nations that are not familiar on where Kosovo is located on the map.  I spoke only about one aspect of the Foreign Policy, but it has many problems and mishaps in other dimensions, including the lack of clear results with its conversations with Serbia, absence of any progress towards the European Union Integration in the same token many long lasting challenges in consulates and embassies abroad.  Therefore I cannot say that you have reached a mistaken conclusion.

JF: What are some of the accomplishments of Hashim Thaçi’s government in 2010-2014?

UK: It is very difficult to admit and talk about a genuine accomplishment during the past four years.  The general and local elections were held for the first time on the northern region of the country were Prishtina is not recognized as the central authority after Kosovo’s independence, however through the agreement of April 2013 the Serbian community was enabled to create the Association of Serbian Municipalities, such an act sets a precedent in not allowing Kosovo to implement its decentralization policies and hinders the functioning of the country as a whole. The so called highway of the nation, which connects Albania with Kosovo, has shorted the distance, but it has been a very secret process and has lacked transparency.  Salaries are increased for the public sector, but such an action is deemed as an electoral action because it occurred very close to the elections date.  The Electrical Energy Corporation of Kosovo was privatized on a very low price. The government says that there is an economic growth, reduction of unemployment and poverty levels, but other assessments prove the opposite.  So there are some accomplishments that are highly contested by the general public and local analysts.  The only true accomplishment is the wealth that Kosovo’s Government members have acquired during their term in office, but such a personal gain has nothing to do with the wellbeing of our countrymen and does not affect the wellbeing of our people.

JF: What has the government of Kosovo done on the war against corruption?

UK: In Kosovo every political party, before coming to power declares an open war to corruption, later they prepare a series of laws and bills against corruption practices, but I have never seen a real war against corruption.  Immediately after the war we are government by corrupted politicians, but the justice system has never proved them guilty.  In the 1990s, members of our political elite belonged in our average population and their wealth was the same as others.  Today their monthly salaries do not justify the current life style they enjoy. They have built apartments, have purchased condominiums abroad, and have expensive cars and their kids study in private schools in and abroad.  Just like anything else, the Justice System is controlled by the political elite and it’s normal that it would not fight corruption effectively.

Are we there yet? Nepal’s questionable TRC process and its failure to address the anguish of Nepalese women