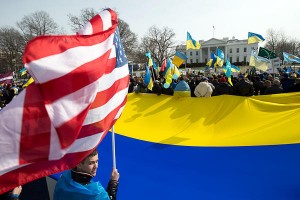 The following is the fact sheet on U.S. support to Ukraine:

The United States is firmly committed to supporting Ukraine as it works to establish security and stability, respond to humanitarian and reconstruction needs, conduct democratic elections and carry out constitutional reforms, restore its economy, and combat corruption.  Along with our international partners, including the IMF, the United States is committed to supporting Ukraine’s reform agenda while also ensuring that Ukrainians are able to determine their future without intimidation or outside coercion.

In pursuit of these objectives, the U.S. government has provided approximately $291 million inassistance to Ukraine this year as well as a $1 billion loan guarantee.   This includes thePresident’s announcement today of a new package of assistance totaling $53 million, of which:

The President has also asked U.S. Commerce Secretary Penny Pritzker to lead a U.S. Government delegation to Ukraine September 26-27 to meet with senior Ukrainian government and business leaders and discuss Ukrainian economic reform efforts and the steps that the government needs to take in the short- and medium-term to strengthen its business climate and build an economy that attracts private capital.

The U.S. government will continue to work with Congress to identify additional opportunities for U.S. assistance to Ukraine.  For example, the Administration has requested from Congress an additional $45 million in FY 2015 as part of the President’s European Reassurance Initiative that would help build Ukraine’s capacity to provide for its own defense and increase interoperability with U.S. and Western forces.

Examples of U.S. assistance to Ukraine in response to the crisis include the following: