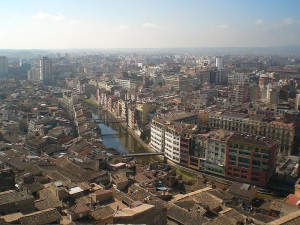 The Catalan Regional Parliament, Generalitat, greenlighted on Friday the “Referendum Law” that, in the yes of the regional parliament, allows the Nov. 9 referendum over independence of the region from Spain.

The motion was supported by the votes of all of the Catalan Nationalist Parties in the Generalitat, along with those of the Socialists and opposed by the Popular Party and the Citizens party, meaning 79 percent of the Catalan Parliament seats supported the motion to give Generalitat President Artur Mas power to call a referendum.

Although the Socialist Party supported the vote, they are against a referendum on Catalan independence, but believe it could be useful for calling other popular consultations.

The vote was taken in the afternoon after Mas discussed the result over the referendum held in Scotland on Thursday in which the Scots rejected independence from the United Kingdom by 55 percent to 45 percent.

“That is the right road, in fact it’s the only road to resolve conflict and differences, cover the aspirations of a people and be true to the essence of a democracy,” said Mas, who added, “voting unites and doesn’t separate. What separates is not being able to vote.”

Spanish Prime Minister Mariano Rajoy also gave his opinion over the result in Scotland, saying: “we celebrate the fact that Scotland is still a part of the United Kingdom and we are happy that they will continue contributing, as it has done until now, to its greatness, cohesion and developments.”

Rajoy has already made it clear that the government in Madrid will not accept a Catalan Independence vote and the Spanish government will appeal against the law approved this Friday in the Generalitat in Spain’s Constitutional Court.