There is much about Obama’s leadership or lack thereof that I remain critical of; by no means am I a fan. In fact, in my eyes he has thus far failed the test of leadership, feeling more like an erudite college professor and less like leader of the Western world. Given his predecessor’s shoot from the hip mentality and the unmitigated disasters that followed, it was clear when Obama took office that America’s moral high ground, diplomatic clout and financial muscle were all in shreds. It was not so much that America was no longer a global superpower, but that the world had changed dramatically while America seemed to have moved backwards. America seemed to have lost its way with two messy long wars and the deepest financial crisis since the Great Depression. She felt rudderless, leaderless and isolated on the world stage. By this time it was also clear that the overthrow of Saddam had no relevance in fighting the war on terrorism and had made the world a less safe place. However, one thing Bush was right about is that there was a global war on terrorism; and every nation needed to get involved. But Bush was incapable of leading the world and bringing them on board to fight this common threat, instead choosing to distract and further divide the world with an unnecessary war and with his ‘my way or the highway’ attitude.

Obama has been called an apologist because after he was elected he chose to show a softer and more cerebral side of American foreign policy. Being the only President who has actually lived abroad, perhaps he uniquely understood that the need of the hour was to apologize for America’s many misguided foreign policy endeavors, especially in the Muslim world. However, what he did not seem to grasp is that apologies alone would not rid us of the real evil we are facing. In trying to contrast his legacy from his war-mongering predecessor, he also went too far in the other direction, choosing to lead from the back. He failed to understand that America still needs to lead, and that pushing allies to take the lead is not the same thing. It has taken him a while to understand that you cannot right the wrongs of the past; you can only chart a course for the future that avoids the same failed policies and pitfalls. So instead of a wiser, nobler and morally stronger America he has until now offered an awkward, embarrassed and trepidatious America. Syria is a case in point where, while right to not intervene at the outset and not unilaterally, he should have acted once Assad crossed his own “red line.” America setting an ultimatum and then failing to act sets a very dangerous precedent.

It is the rapid rise of ISIL that has finally woken Obama up to the fact that war, while still a last resort, is going to be necessary. I believe he will not make the same mistakes that Bush did in America’s last global war on terror. Obama understands two things that his predecessor was unable to grasp. First, in the 21st century America is no longer the unequivocal superpower with the economic might it once had, to go it alone, and expect the rest of the world to fall in line based on diplomatic pressure or threats to cut US aid. Today there are many nations who can play benefactor and use their own cheque books to help countries resist US will. Second, he understands that no country can bestow democracy upon another, and especially not through a military invasion. The people of that country must be willing to fight and die for their freedom, much like they did in India, South Africa and will in Tunisia and Egypt in the years to come. All American military intervention can achieve, like it did in Iraq, is to put a temporary Band-Aid on a dangerous power vacuum that it leaves behind. To this end, he is aware that almost all the countries in the Middle East are run by dictators (many supported, armed and propped up by America). These countries have no civil institutions, public infrastructure or independent judiciaries that are the necessary bedrocks of democracy and take generations to build.

Even today Egypt, Saudi Arabia and Pakistan are the largest financiers (some state funded but mostly by private individuals and religious institutions) and potent breeding ground for terrorists. The fact is that all these countries have brutal and oppressive regimes with no press, religious or personal freedoms. In all three countries, successive US administrations have supported dictators, giving them carte blanche and billions in military aid. So it is not hard to imagine why the average person on the street does not feel thankful to the American people for their generosity – and is it any wonder that they produce the largest number of terrorist recruits? Obama is acutely aware that this type of US intervention, particularly in the Arab and Muslim world, has failed miserably. So instead of choosing to apply the definition of insanity, he decided to stay on the sidelines in Egypt, Syria and most of the other North African internal conflicts. If Obama attacked Syria with the aim of removing Assad (not the same as punishing him for crossing the red line) we would likely have ended up with a messier Iraq, with the same sectarian strife, or at best an American puppet administration which would have been more hated than Assad.

Obama’s strategy to use US military support as a bargaining tool to get rid of Nouri Al-Maliki, and replace him with a unity government in Iraq, was absolutely correct. Whether this new government will succeed or not is hard to say, but it certainly has a much greater chance based purely on the proportional representation it now has from all three sects. More importantly, by doing this Obama took away the most potent recruiting tool ISIS had – discontent Iraqi Sunnis.  Al-Maliki had been systematically removing Sunni’s and replacing them with incompetent cronies in an effort to create a Shiite dominated Iraq. Now, with US air and military support, the new unity government has actually re-enlisted the same disillusioned army men who ran at the first sign of trouble from Sunni dominated Mosul, and a strong Kurd army is fighting to save a unified Iraq and not just defending Kurdish territory.

So while there is no doubt Obama badly fumbled and delayed in leading this fight, now that he is in it, he has also shown a shrewd understanding of the region by getting support of the most important allies he needs to fight this war. The US-led coalition launched with active participation from the militaries of Saudi Arabia, Jordan, UAE and Bahrain, as well as publicly stated support from the governments in Oman, Egypt, Kuwait, Lebanon and Qatar. So far the United Kingdom, France, Netherlands and Belgium have also contributed fighter jets and other allies are lining up to offer everything from training to equipment. In contrast, when Bush and Cheney rushed into Iraq there was a sum total of four countries in their collation that had active military involvement. The US with 148,000 and the UK with 45,000 troops provided the lion’s share. Australia contributed 2,000 and Poland 194 soldiers (Source: Wikipedia). Not a single Arab nation sent troops and no other major European or Asian power was involved. In fact, America’s oldest allies like France, Germany, and New Zealand were strongly opposed to the Iraq invasion.

This is the fundamental difference in Obama’s global war on terror. Obama understands not only that America must lead this fight, but also that unless America can get the Arab and Muslim world to recognise the threat posed by this cancer and actively participate in it we cannot win this war. The only question that remains is whether Obama will have the resolve to send in US and Arab ground troops that will no doubt be needed to finally defeat this enemy and finish the military aspect of this war.

Papering over the fissures inherent in the Afghan reconciliation process

Papering over the fissures inherent in the Afghan reconciliation process

Nikhil Vaish is an independent columnist and strategy consultant. He maintains a blog Vaish Words where he can let loose his alter ego and write about life, advertising, politics and other useless things.

Italian FM: 'EU must review Russia relations in next 5 years' 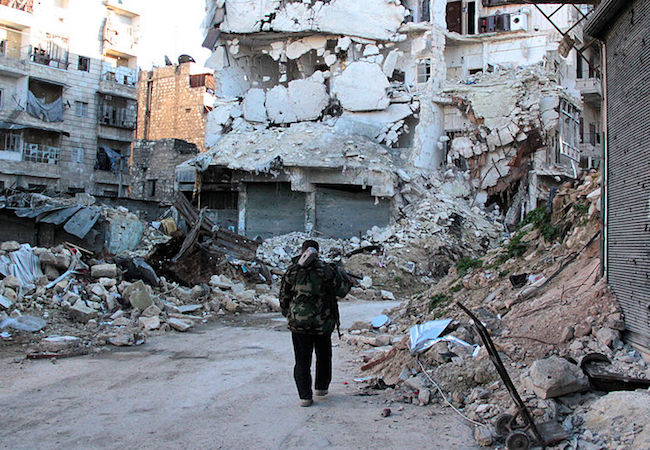