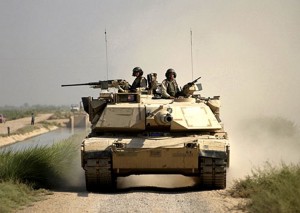 The U.S. Army plans to deploy up to 150 tanks and armored vehicles to NATO countries next year, Lieutenant General Ben Hodges, Commander of U.S. Army Europe, said on Tuesday.

The move is part of a U.S. effort dubbed Operation Atlantic Resolve in the Baltic states and Poland to reassure allies anxious about a resurgent Russia, with American troops deploying for several months at a time to conduct joint exercises.

Nearly 50 armored vehicles are already in place and another 100 “M1 Abrams” tanks and “Bradley” fighting vehicles will be pre-positioned in Germany and possibly elsewhere for the U.S. troops conducting drills with NATO partners, Hodges told the AFP news agency.

“The troops will come over and train, and they’ll go back. The equipment will stay behind,” Hodges said.

The arrangement was “a lot cheaper” than transporting tanks across the Atlantic and more efficient for the training mission, the general said.

Hodges said he would soon make a recommendation on whether to store some of the tanks and armored vehicles among NATO’s eastern members.

“I’m going to look at options that would include distributing this equipment in smaller sets, company-size or battalion-size, perhaps in the Baltics, Poland, Romania, Bulgaria, places like that,” he said.

The United States has about 29,000 forces permanently stationed in Germany, Italy and Belgium but has stepped up temporary deployments of troops for training and exercises designed to send a signal to Russia and NATO partners.

About 600 U.S. Army troops from the 1st Cavalry Division are to depart in mid-December after a three month stint in the Baltic countries and Poland. They will be replaced by soldiers from the 2nd Cavalry Regiment based in Vilseck, Germany, who then will hand over in the spring to members of the 3rd Infantry Division, he said.

He added: “There are going to be U.S. army forces here in Lithuania, as well as Estonia and Latvia and Poland, for as long as it’s required to deter Russian aggression.”

Hodges said the troop rotations will continue through 2015 and into 2016. 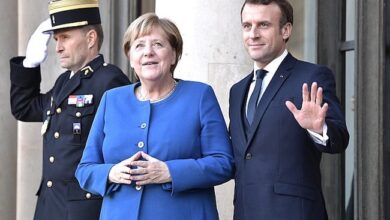