Iran will honor its promises to world powers at the nuclear talks provided that the other parties do the same, Iranian President Hassan Rouhani said Friday.

“We will remain committed to our promises and obligations provided the other party does the same,” Rouhani said in a speech congratulating Iranian nuclear negotiators for figuring out solutions to Iran’s decade-long nuclear issue.

Iran will not be deceitful nor lie concerning its nuclear commitments, Rouhani said, adding that the final deal which should be reached before the June 30 deadline, must be balanced and include the interests of both sides.

Sanctions against Iran will be lifted once the final deal is implemented. Iran will be permitted to continue enrichment on its own soil and preserve its nuclear technologies. This confirms Iran’s nuclear activities are peaceful and not a threat to other countries, Rouhani said.

Rouhani added that the solutions are pragmatic and meet Iran’s national interests, and a victory of his administration.

“Running centrifuges is only valuable when the economy and people’s lives run well. Today, this objective has become within reach more than ever,” Rouhani said, adding that Iran entered the nuclear talks in good faith and will continue to seek a constructive relationship with the world.

Also on Friday, Iranian Foreign Minister Mohammad-Javad Zarif said Iran has reached its goals in the just-concluded nuclear negotiations with the world’s major powers in the Swiss city of Lausanne.

“We were following a number of serious objectives in the talks, and based on the present framework reached, we think we will achieve our goals,” Zarif said upon arriving at Tehran Mehrabad airport.

One of the objectives in the talks was to preserve all of the nuclear establishments and to continue the nuclear program in Iran, which was met according to the statement announced at the end of the talks, Zarif said.

EU foreign policy chief Federica Mogherini read a joint statement at a press conference held in Lausanne on Thursday that all sides agreed Iran’s enrichment capacity, enrichment level and stockpile will be limited for specific duration and there will be no other enrichment facility than the country’s Natanz nuclear plant.

“Iran’s research and development on centrifuges will be carried out based on a cope and schedule that has been mutually agreed,” she said.

As to Iran’s controversial Fordow nuclear plant, it will be converted from an enrichment site into a nuclear, physics and technology center, Mogherini added.

Another achievement of Iran in Lausanne nuclear talks was the clear reference of the statement to the removal of all the financial and economic sanctions upon the performance of the final deal, Zarif said, adding that “this is a good achievement.”

“The U.S. government will be responsible for lifting the sanctions all at once, and if someone talks about the gradual lift of sanctions, we should know that he is talking against the agreements reached so far,” the Iranian foreign minister added.

“The efforts by Iran’s nuclear negotiators are praiseworthy,” said Zanganeh, adding that “I hope what has been agreed on in Lausanne talks become operational as soon as possible.”

According to the Joint Comprehensive Plan of Action (JCPOA) regarding Iran’s Nuclear Program released by the U.S. Department of State on Thursday, Iran will receive sanctions relief, if it verifiably abides by its commitments.

“U.S. and EU nuclear-related sanctions will be suspended after the IAEA (International Atomic Energy Agency) has verified that Iran has taken all of its key nuclear-related steps. If at any time Iran fails to fulfill its commitments, these sanctions will snap back into place,” said the JCPOA as the framework of agreement of Lausanne talks.

“All past UN Security Council resolutions on the Iran nuclear issue will be lifted simultaneously with the completion of nuclear-related actions addressing all key concerns,” it said.

Meanwhile, Iranian senior nuclear negotiator, Abbas Araqchi, hailed what he called “the recognition of Iran’s nuclear program” by the world, saying “based on this statement, Iran’s nuclear program is internationally valid and recognized and this is the biggest achievement for us,” official IRNA news agency reported on Friday.

According to the solutions, Iran will have to cut its stocks of highly enriched uranium by 98 percent over a period of 15 years, while its unfinished Arak reactor will not produce weapons-grade plutonium.

Tehran will also reduce its number of centrifuges to 6,104 from around 19,000, roughly two-thirds of the whole amount.

The breakthrough in nuclear talks has been received well in the region.

Turkey said it hope Iran would take further steps to finalize the agreement by July.

“When we look at the positions of the P5+1 (Britain, China, France, Russia, U.S., and plus Germany) and Iran right now, Iran is still beyond the line we were able to bring in 2010, but I hope Iran will come to the same line by the end of June,” Turkey’s Foreign Minister Mevlut Cavusoglu told reporters in the Lithuanian capital.

In Baghdad, Iraqi Foreign Minister Ibrahim al-Jaafari Said told a news conference on Friday that the agreement is an important contribution to the peace of the Middle East, and will promote.

In Bahrain, the foreign ministry said the agreement will lead to a final deal that guarantees peace and security in the region. 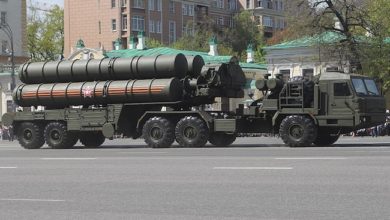