Uruguay made public on Friday a letter sent to Mercosur fellow full members stating the finalization, this Saturday 30 July, of its six-month presidency of the group, which means the rotating chair “should be transferred to Venezuela”. The letter was accompanied by a 32 page report of its six-month as chair of the group, particularly intense because of the trade negotiations with the European Union.

Last Wednesday the Uruguayan minister of foreign affairs Rodolfo Nin Novoa cancelled a meeting of the Common Market Council scheduled for this Saturday, which had been summoned with the purpose of reaching a consensus on the transfer of the Mercosur chair, which according to alphabetical order should be the responsibility of Venezuela but is objected by Brazil and Paraguay who consider that this country has yet pending compliances before it is considered a full member of the group.

The Common Market Council made up of foreign and finance ministers, is Mercosur main decision body only second to the presidential summit.

However since both Brazil and Paraguay announced they would not be attending the Montevideo appointment given their discrepancies over Venezuela’s non full status, the meeting was cancelled. Argentina has maintained a low profile stance in the controversy which has become an open dispute over the terms and conditions needed to hold the Mercosur chair.

If the situation remains unchanged, Uruguay handing over the Mercosur presidency and no consensus on who should follow, the group could be sinking into a serious uncertainty area, which could even question its survival in its current framework.

The controversy is centered in the diffuse wording of both the Mercosur founding charter or Asunción treaty, 1991, and the Ouro Preto protocol from 1994. Both documents state that “the presidency of the Common Market Council will be performed by State members, rotating in alphabetical order, for a period of six months”

Furthermore Article 37 of Ouro Preto points out that decisions from Mercosur bodies (such as the Common Market Council) will be adopted by consensus and with attendance of all members. To this effect Venezuela understands the transfer of the presidency is automatic while Paraguay and Brazil believe a consensus is needed and a specific meeting for the act to take place.

Likewise Uruguay does not consider the transfer is automatic, but it is confident about its decision to conclude the six-month rotating presidency, no matter who follows. Argentina remains ambiguous about the whole process and has adopted a low key attitude.

The Uruguayan government release states that having finished the six month period as established in article 12 of the Asuncion Treaty and article 5 of the Ouro Preto Protocol, its pro tempore presidency of Mercosur has finalized.

Thus, minister Nin Novoa has communicated this fact in a letter to the other foreign ministers of Mercosur members, attached with the report on the Uruguayan pro tempore presidency referred to the activities performed during that period.

Likewise it underlines that during the pro tempore presidency it has acted at all moments with the maximum respect of Mercosur institutions rules, international law and sovereignty of the other Mercosur members, following the standing principles of Uruguay in the exercise of its foreign policy.

Summing up it is not clear how the handing over of the Mercosur presidency will evolve, or if it will simply extinguish and as such registered. However, despite the vacuum, Uruguay will continue leading the trade talks with the EU since they only involve the original four founding members and not Venezuela.

View from Latvia: Is the EU failing us?

View from Latvia: Is the EU failing us? 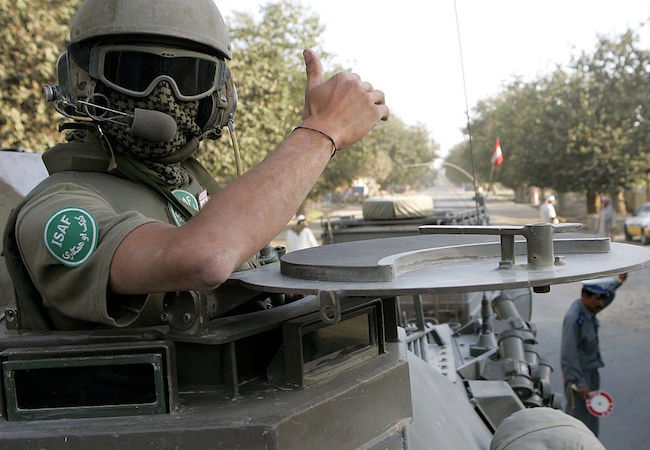