This paper focuses on the soft power of a state which not only shapes up foreign policy but also portrays it in the best possible way. The media industry is one of the most important soft power tools which any state has. Technology nowadays is so advanced and creates a global village which easily exposes the outlook of people and states towards each other.  This study explains that how media industry affects the relationships between the states and how idiosyncrasy of heads of states is reflected through media industry of that state. Pakistan- India foreign policy through media industry is described in this research paper.

Media is a soft power which most of the time is neglected by elites in Pakistan, however; one cannot deny the importance of media especially film industry in the projection of foreign policy and culture of the state.  Media of any state plays an important role in depicting the mentality of people of that state as well as it helps people to recognize what type of culture is driving in another state and what problems they are facing.  Although it’s not easy to visit all states for understanding its policies towards rest of the world, so media plays an important role in image making and propagating positivity and negativity of a state. People around the world make their mind about any region and learn about any culture by reviewing its movies. Since this topic is so far a neglected one; and majorly scholars focuses on hard power and tangible aspects of understanding foreign policy. This research paper focuses on the importance of entertainment industry (film industry) on promoting foreign as well as domestic policies of the state.

Media is a powerful agent of any state. It not only explains that the foreign policy of the state but also idiosyncrasy of its population either it is gandasa or chocolaty hero both defines the mindset of people whether they want to engage themselves in fights or good relations not only with people but with the states also. During any hazard or any trouble making situation people convey their thoughts through media for instance after the earthquake of 2005 almost for one year, Pakistan television telecasted the dramas that showed the positivity of Pakistanis and the way they help those who lost their loved ones and property. Not only has this but they also showed that the aid granted to victims allocated where they were needed.

After 9/11 war on terror was supported by Pakistan which was shown by not only its policies but also through its media, many movies were made to show that Muslims are not terrorists and Pakistan is a peaceful nation which is victimized by terrorism itself. Short films and dramas explained that Pakistan’s local population is against extremism and Taliban.  As Pakistan was taking aid from the US for War on Terror so it was important for Pakistan to not only show the US but to other states also that Pakistan is struggling hard to deter Taliban growth.  Although the survey report of “Pakistan Public Opinion Survey 2008” showed that 89% of the total population was against the decision of the government of joining the war on terror. But the government and media industry under it tried its level best to show support of public on the war on terror.  In the same year another survey by “World Affairs Survey” took place which enlisted the most disliked nations of the world and Pakistan was one of them.

Due to less concentration is given to this soft power, the image of not only Pakistan but also Muslim world destroyed. Lack of budget and less investment is given to film industry; unfortunately entertainment industry did not do well to project a good image of Pakistan and Islam. West started linking extremism with Islam and with the passage of time Islam became most disliked religion in the eyes of West. 77% of Westerns considered it as a violent religion; a survey by Pew Global Project.  For projecting positive image of Pakistan, a large investment in the media sector is essential. Other states show a positive image of not only their religion but also their culture. The wise and diplomatic character of Modi created a positive vision of India. His tactful characteristic led to the establishment of Mandir in Saudi Arabia (a conservative Islamic state).

Bhutto was a revolutionary leader who came as a result of fair elections. Bhutto started a new way of propagating his agenda; during his time telecasting of campaigns was started on PTV. Most of Bhutto’s rallies were held near shrines of Sufi saints which got huge coverage. This depicts romantic and peaceful insight of the state. Through media people started tilting towards shrines and visiting them had become a regular practice. Hippie culture became famous in Pakistan and actors started adopting Westernized dressing.

Bhutto was a liberal leader, and during his era, he gave much importance to movies as the slogan of Pakistan People’s Party derived from Indian movie “Roti, Kapra Aur Makan.” Club culture started in Pakistan, late night functions, dance parties were the common norm at that time. Religion was used for personal purpose only. Nightclub culture started flourishing in Pakistan. 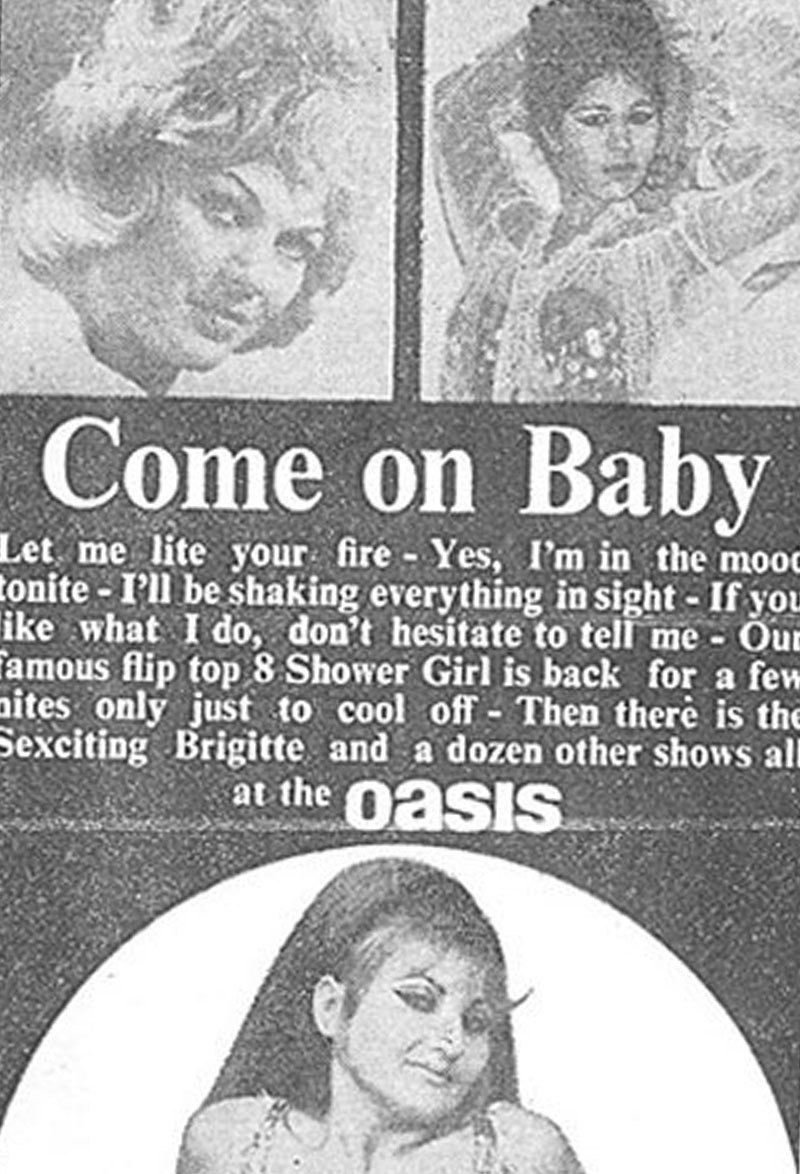 This soft and liberal gesture of Bhutto was not only confined to domestic policies but also to foreign policy. Bhutto welcomed Central Asian states to trade with Pakistan; aid was also given to them during Bhutto’s era.  Bhutto made good relations with other states that increased the good perceptions towards Pakistan and increased tourism in Pakistan. Liberal ideas and pictures on magazines were so modern at that time. People started spreading love openly which was never done before in the history of Pakistan. Wall chalking about liberal ideas, magazines with liberal quotes of love started spreading. Selling beer became a common culture of Pakistan. The number of cinema houses increased in Pakistan. Bhutto era gave boom to the film industry as well as mind of public became modern and visit cinema increased.

Bhutto due to his modern mindset had developed links with many states, and he observed the need of time. He gave rights to women, not only rights but jobs also. During his era number of women working in industry increased, as well as in Lollywood movies they were shown outspoken and confident.

Movies like “Samaj” and “Aina” showed the liberality of women and their rebellious attitude towards society.  Adult films became famous in the youth of Pakistan teleplays encouraged vulgarity in the youth. Film for adults started releasing in Pakistan. Censor board allowed all that material to be on aired.  Films like “Dulhan Aik Raat ki” (which had sexual scenes) effectively demonstrate the liberal ideas and their acceptability by the government.

Bhutto once during his election campaign said; (which is the famous dialogue of a movie)

This shows the legitimacy which Bhutto considered in drinking. He was a social leader and did many reforms during his era. But for liberalizing media he faced great confrontation as many thinks that during Bhutto’s era two nation theory of Quaid e Azam Muhammad Ali Jinnah collapsed as Pakistan was established in the name of religion and Bhutto did reforms related to liberalization and modernization.

Zia came as a result of a military coup with the slogan of “Islamization.” Following the legacy of his military leaders, he used media to fulfill his targets. Before him, Ayub Khan also used media for projecting himself as a good leader who came to cleanse the system from corrupt politicians. A documentary named “Nai Kiran” under his command was made; it was on aired free of cost for one week.

Zia raised the slogan of Islamization. He brought a lot of reforms in the media sector and censor board. It was necessary for newscasters to cover their head during Zia’s era. Women and men in dramas were not allowed to sit alone in the room even if they were married.  Zia banned film; “The blood of Hussain” which later released in Britain and depicted the wrong Idea of Karbala that Imam Hussain (R.A) was against the military government.

Zia’s domestic policies were the reflection of his foreign policies. His political slogan was

Extremism and aggression were very important hobby of youth during Zia’s regime. Modern Culture of Pakistan faded down and Gandasa culture fabricated in the society. Sultan Rahi was the famous hero of Punjabi movies at that time. Showing power to women and safeguarding them by muscular men was shown in the movies. Women were portrayed as a fragile creature and were only safeguarded by men in the society. Hadood Ordinance bill was also passed that imposed new punishments regarding adultery and fornication. During Zia’s era mujahideen were trained in Pakistani camps and extremism was prevailed all over the country from media industry to foreign policy.

Banning Indian movies won’t help Pakistan in flourishing its economy. According to the cinema owners; temporary banning might help Pakistani film industry, but the permanent banning of movies will lead to converting cinemas into malls and offices because almost 50 to 70 movies per year are necessary to run cinemas. Hostile relationships between Pakistan and India worsen business of Pakistan cinema industry, and it will not be beneficial for Pakistan to ban the Indian movies unless until Pakistan’s film industry reach to their level.

Social scientists always neglect intangible aspects of understanding foreign policy. However, in the present era, it plays a vital role in depicting mindsets of global leaders. One cannot simply avert soft power in relation building among the states because by utilizing this power states show their peacebuilding priorities or aggressive moves. It is clearly shown by the case study of Pakistan that how the political culture and priorities set by the leaders depicted through media.