This November, Germany will celebrate the 30th anniversary of the fall of the Berlin Wall. But the country is in a gloomy mood, and cheers will be few and far between – especially in the east.

Today, more than one-third of eastern Germans describe themselves as second-class citizens. Contrary to their expectations at the time of German reunification in 1990, the east of the country has not become as prosperous as the west. Unsurprisingly, eastern Germans today think, feel, and vote differently than western Germans do. In fact, Germany is one country with two souls.

The latest evidence of this came on September 1, when the xenophobic right-wing Alternative für Deutschland (AfD) secured a strong second place in regional elections in the eastern German states of Saxony and Brandenburg, with 27.5% and 23.5% of the vote, respectively. In western German states, the AfD’s electoral share is typically half of that.

Germany’s east-west political divide reflects sharp economic differences. Between 1991 and 1996, per capita income in eastern Germany increased from 42% to 67% of west German levels. But in the 20 years after 1996, this figure rose only to 74%. In other words, the post-1989 process of economic convergence between eastern and western Germany largely came to a halt around 25 years ago. Former German Chancellor Helmut Kohl’s 1990 prediction of “flourishing landscapes” in the east still has not materialised.

Economic convergence within Germany stalled largely as a result of policy decisions. Prior to reunification in October 1990, the West German government decided to liberalise trade with East Germany overnight. All barriers to the movement of capital and labour were removed, and the East German Ostmark was converted into Deutsche Marks at a rate of 1:1 for smaller amounts, and 2:1 for larger sums. The currency reform caused eastern German wages to rise to western German levels, even though eastern productivity was only 10% of that in the west. As a result, East Germany’s manufacturing sector went bankrupt overnight, and its firms lost all their Eastern European markets. 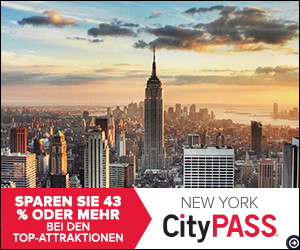 In 1990, the East German government established a new super-authority, the Treuhandanstalt, to help the country’s manufacturers to survive. The agency privatised and sold eastern German companies and assets to western firms, often at a symbolic price of one DM in exchange for job guarantees. This massive subsidy gave western German firms an incentive to move to the east, even though the latter had lost its comparative low-wage advantage. The program worked: by 1994, the Treuhandanstalt had sold virtually all eastern German firms to western investors, and the agency was dismantled.

For a while, the eastern German economy grew rapidly and started to catch up with western Germany. But without the Treuhandanstalt to provide further subsidies, western firms did not want to invest in eastern Germany. And as investment dried up, the east’s convergence process came to a standstill.

Eastern Germans, meanwhile, hated the Treuhandanstalt, and saw it as the body giving away valuable assets to western firms. The agency’s first chairman, Detlev Rohwedder, was assassinated in 1991; even today, two populist German parties – the left-wing Die Linke and the right-wing AfD – blame the organisation for eastern Germany’s economic plight.

After 1989, eastern Germans were told that there was no alternative to the Treuhandanstalt, because they had no high-quality products to sell. But the law of comparative advantage holds that a country always has something to sell if its wages and prices are low enough. Unfortunately, the high wages and prices resulting from the 1990 currency reform prevented the eastern German economy from thriving like other Eastern European countries did following the collapse of communism.

The narrative of having “nothing to sell” and a “low-value manufacturing sector” had a detrimental effect on the eastern German psyche. People felt they had no value in a market economy and lost their dignity. In the 1990s, I worked at the Humboldt University of Berlin in the east of the city, and experienced firsthand this feeling of worthlessness among eastern Germans.

The German government’s biggest mistake, however, was to dismantle the Treuhandanstalt after all the eastern assets were sold. Instead, the agency should have continued to offer subsidies to foreign firms willing to invest in eastern Germany, in order to compensate for the high wages there.

But it is never too late for Germany to restart the economic convergence process. Encouragingly, the government is now discussing how to create equivalent living conditions (gleichwertige Lebensverhältnisse) in the east and west of the country. By introducing economic incentives for foreign investment in eastern Germany, policymakers could yet help to bring about the flourishing landscapes that Kohl envisaged.

Moreover, an economic recovery in the east would not only bring material benefits. It would also help to heal Germany’s psychological divide, and thus make eastern Germans less likely to vote for extremist parties that prey on their fears.

Dalia Marin is a fellow of the Centre for Economic Policy Research (CEPR), London, and Member of the International Trade and Organization Working Group of the National Bureau of Economic Research (NBER) in Cambridge. She has been Team Leader at the Russian European Center for Economic Policy in Moscow and has acted as a consultant for international organizations such as the European Bank for Reconstruction and Development, and the International Monetary Fund.

Russia on the warpath? Or is peace at hand today?

Russia on the warpath? Or is peace at hand today?

India amidst the follies of a winnable nuclear war