Far Right terror is the fastest growing threat in Britain and the Western world. In today’s sociopolitical wasteland, clashes of opinion and belief seem more rife than ever, with microphones being handed to people who may have not been given a platform in the past. Amongst the aftermath of 2016’s effect on Western politics, Britain’s far-right seem fuelled with newfound confidence and conviction that their opinions deserve to be listened to. The documentary ‘Britain’s Ultra Nationalists’ unpicks the minds of some of the most significant leaders of this movement and sheds light onto the personal justifications they tell themselves within their own homes. With Trump as their overseas figurehead and their eagerness for Brexit, it is easy to brand their beliefs as a product of the 21st century, but this documentary highlights the undeniable parallels to the fascism littered throughout history.

The documentary’s most prominent subject is Anne Marie Waters, founder of the For Britain party. Defensive and argumentative throughout, Waters appears to cling to two main points: the importance of free speech and the treachery of the media. When backed into a corner, these act as her automatic safeguards, such as when confronted about far-right terror attacks on Muslims. This comes across as mimicry of Trump’s catchphrase ‘Fake News’; his blanket dismissal of any criticism in the media. In the rallying crowd that applauds her speech, there are many red ‘Make America Great Again’ hats, a slogan in no way intended to be relevant to British people. This shows how infectious nationalist values can become. 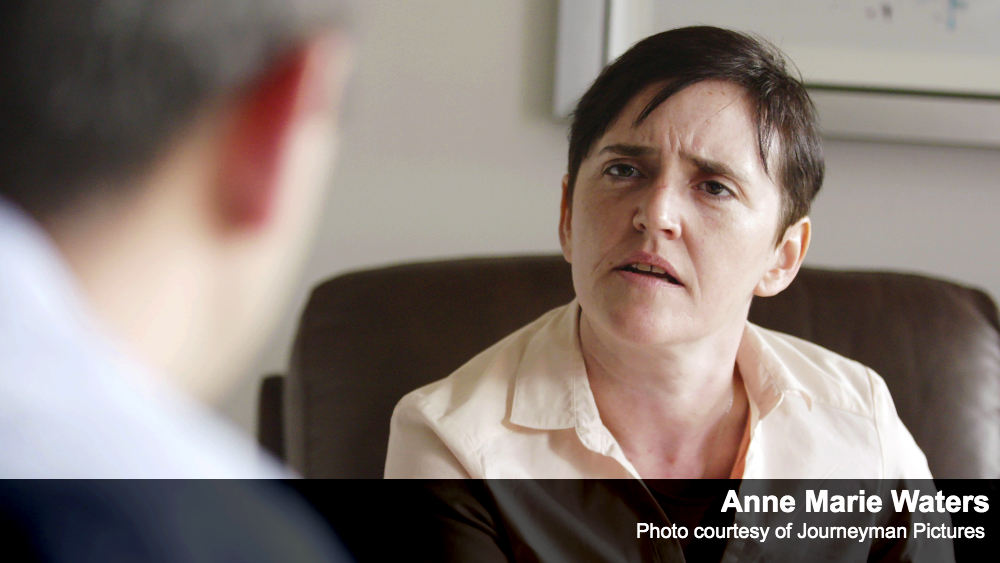 Waters demands not to be censored, which could be regarded as a valid cause for concern, if it wasn’t so clear she only means her own voice. Her argument is fractured between defending the free speech of Austrian white supremist who was deported for his relationship with Tommy Robinson, and complaining that Muslims have been openly praying in Speaker’s Corner, an area synonymous with anti-censorship. She even accolades the white supremacist Austrian and his alt-right American partner as ‘journalists’, when in reality, they are predominantly YouTubers. Her anger is ironic and deep in contradiction. This glaring contradicting nature is a running theme in the interviews throughout the documentary.

We then meet Paul Pitt, a white power advocate from Essex. His choice of words during his interview are especially poignant considering the wider sphere of Brexit happening around him. He claims ‘we should be able to take care of ourselves!’, voicing the idea Britain would be better off isolated without outsiders meddling. In these moments of the documentary, we’re reminded of the Vote Leave campaign’s use of the buzzword ‘immigration’ as a vehicle to get Paul Pitt and his peers on their side. As much as these subjects can come across as cartoonish villains who represent a small minority of Brits, watching them potter around their houses taking phrases verbatim from Brexit ideology makes them far more recognisable. Immigration law is a discussion that seems to be everywhere we turn right now. Pitt warns us to expect an upcoming Civil War in this already-divided Britain, and after listening to his disruptive politics, the prospect of a Civil War seems more believable to us. 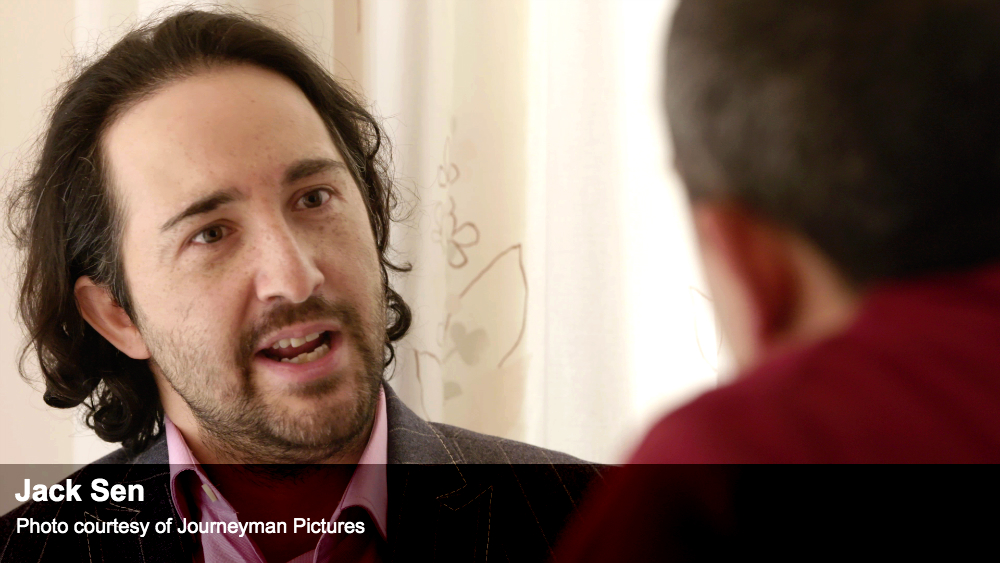 Even more shocking are Jack Williams and Jack Sen, who offer proud neo-Nazism. Williams is a university student; young, articulate and educated. His words are delivered calmly and seem to be lifted from books he’s read. What is most chilling about Williams is the potential of what he could become, as he challenges the thuggish stereotype of the average racist Brit. He uses an analogy of zoos preserving ‘endangered’ white rhinos to justify his white supremacy. This sort of discourse has always been used to assert power. From slavery to Aryanism to eugenics, using science and nature as a justification for racial cleansing is almost cliched at this point. Williams’ creased Mussolini T-shirt becomes the ultimate signifier of this individual’s warped impersonation of centuries-old fascism.

Similarly, Jack Sen isn’t afraid to use very strong and offensive metaphors. He likens immigrants to ‘forms of cancer’ and says that ‘all forms of immigration are toxic’. He says this with a brilliantly-ironic American accent. He is very quick to blur the boundaries between typically white nations, stating that ‘Westerners in general’ agree with Trump, but makes clear distinctions between different Middle-Eastern countries and where their residents should live. 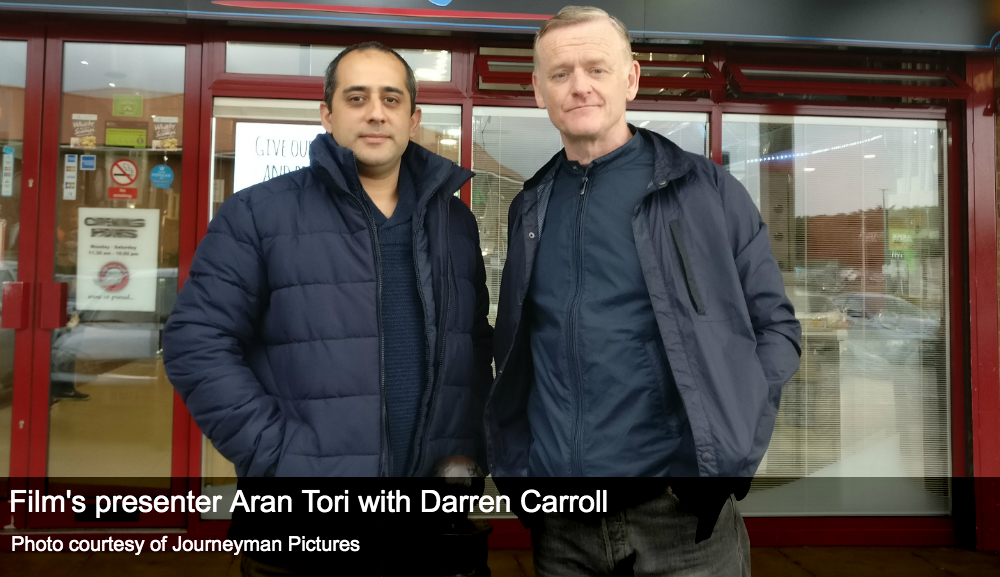 After the weight of these interviews, the documentary finishes on a refreshing note. Darren Carroll, Tommy Robinson’s uncle and co-founder of the EDL, has since seen the error of his ways and is now keen to help reform this movement towards kindness and acceptance. His friend, Peter,  says he ‘didn’t want to just say EDL are bad’ and walk away. He took active steps to listen and help change their minds. Many viewers, up until this point, have presumably been simply rolling their eyes at the interviewees and thought of them as lost causes, but in this one statement, Peter humanises them. This leaves viewers with the sense that we shouldn’t be so quick to define these people as one thing. By dismissing the far-right individuals in Britain as wasted effort, we not only think with a similar narrow-mindedness as them, but possibly band them closer together in their rage.

Overall, it is clear that all the subjects understand the ramifications behind the word ‘racism’, and every one of them makes their best effort to dance around it.  This documentary gives a glimpse into their everyday lives, humanising but in no way forgiving them. The film maker Aran Tori allows them space to be loud, honest and controversial, whilst consistently pushing back and challenging them. There is a growing trend today with ‘echo-chamber’ politics, which is exposed in this documentary. It is very easy to voice one opinion so many times, surrounded by people who agree, that any other opinion seems a direct threat. Social media is a breeding ground for this type of discussion, and the lasting message of this documentary appears to be that leaving far-right believers to stew amongst themselves is a very dangerous thing. The entertaining Britain’s Ultra Nationalists is out now on Amazon Prime. You can view the trailer here.

Isabella Gaffarena is a screenwriter, photographer and filmmaker. She was nominated for ‘Best Writer’ in the short film in the 48 Hour Film Festival in London

Is Assad 'pulling a Saakashvili' in northwestern Syria?