The financial crisis brought on by the Covid 19 has not only cost the United States thousands of lives (at present over 130,000 dead), but it has sent the nation into an economic catastrophe. Millions of workers have lost their jobs without any idea of when or if they will work again soon. The United States is seeing between 1 million and 1.5 million workers per week filing for unemployment benefits and for those with jobs they are seeing their salaries and wages being cut. Many small businesses have been forced to shut their doors due to the rules put into place by state and local governments in order to fight the spread of Covid 19 and that consumers have just stopped spending money. Numerous for-profit companies and not-for-profit organizations have been making drastic cutbacks to try to survive on a day-to-day basis.

Workers, companies, and organizations have been looking to Congress for help during these trying times. While Congress has put into place certain programs that have assisted workers, companies, and organizations, many analysts and economists feel more can and should be done. The problem is trying to get Congress to move at a faster pace and spend money that could help stimulate the American economy and possibly, and hopefully, avoid a situation worse than the Great Depression. 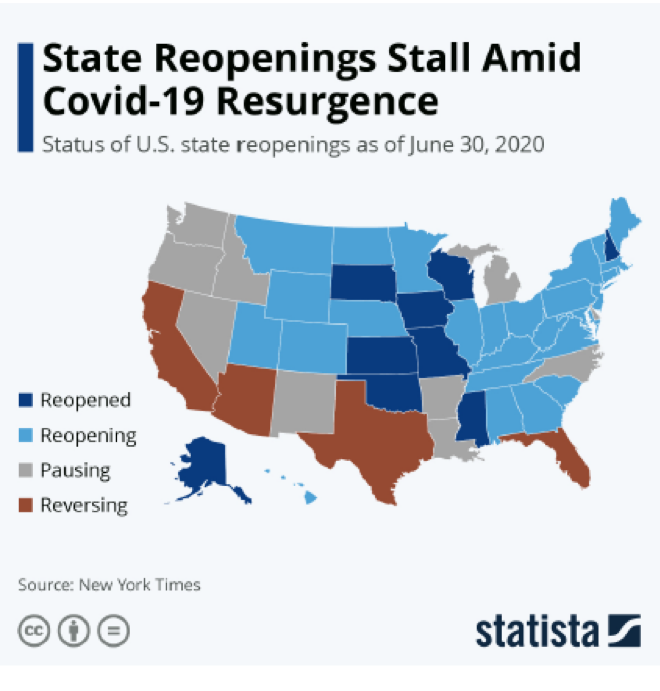 To Congress’s credit, it has taken numerous actions in order to pump money into the American economy. The actions have been done relatively fast and they vary as to how they can possibly benefit workers, companies, and organizations in different ways.

The Coronavirus Aid, Relief, and Economic Security (CARES) Act: The act was passed 96-0 by the Senate which provided $2 trillion in a tax-and-spend bill designed solely to deal with the situation regarding the Covid 19 pandemic in the United States. The CARES Act includes several important business tax provisions, tax and economic relief for individuals, and non-tax aspects in assisting with Covid 19 mitigation and response.

Among the provisions in the CARES Act to helps businesses are:

Among the provisions in the CARES Act to provide tax and economic relief for individuals are:

The CARES Act also provides for assistance with coronavirus mitigation and response:

Families First Coronavirus Response Act: The Act was put into play on March 18th, 2020 with the goal of giving economic aid to those who need it.  The law calls for $192 billion in aid and includes:

But despite the aid bills Congress has enacted, there are other areas that many analysts feel could provide further assistance to those who need it. 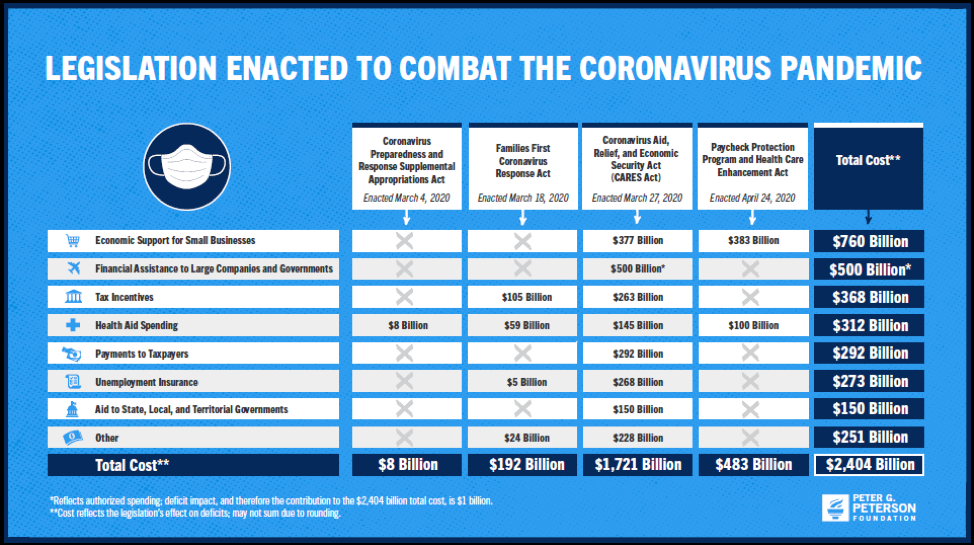 What Congress should do

Among the first actions that Congress should undertake is to make access to the various programs listed earlier easier for small and midsized, minority and non-minority owned businesses. According to Ron Busby, president of the U.S. Black Chambers, which acts as an advocate for numerous of black-owned firms in the nation, there are a number of issues acting as a roadblock to the organization’s members in accessing emergency assistance. A key problem facing these businesses is that they are often extremely small in terms of size of revenues, operating profits, or net profits. These businesses also have little to no access to lines of credit with banks or finance companies, and no relationships with any type of lenders. Due to this huge gap in access to financial capital, many small businesses do not have a chance of competing with larger companies for government programs that can help businesses with as many as 500 employees.

Another problem small firms face is the inability to process and deal with the confusing and often esoteric application process. Many of these businesses do not have the administrative staff to handle such applications nor the accounting or financial knowledge to deal with them. Mr. Busby furthers states that approximately 80 percent of the members of the U.S. Black Chambers saw the Paycheck Protection Program  as being “so complicated, confusing and took so long that people did not continue the process.” Mr. Busby estimates that the result will be a loss “somewhere between 35 and 40 percent of all black-owned businesses because of the pandemic.”

Congress should also put into place rules and regulations permitting automatic increases in such programs as unemployment benefits, Medicaid, and food programs when the American economy faces an economic crisis. This will save time, effort, and energy by Congress when an economic emergency occurs. This will also mean that members of Congress will not need to play politics when trying to push emergency bills through as the funds are seriously and immediately needed.

Congress should also take into consideration that multiple economic stimulus programs are needed more often. Such programs as the CARES Act, Families First Coronavirus Response Act, Paycheck Protection Program and Health Care Enhancement Act, are just not enough. The American economy will need more than $2 trillion to get going again. This means that bigger economic stimulus packages are needed and more often. Perhaps Congress should seriously consider an economic stimulus package of $2 trillion every other month in order to pump much needed money into the American economy. The Congress can accomplish this by such programs as a universal basic income (UBI) program for all Americans earning less than $50,000 per year. While in the short term, this will no doubt increase the national debt, it will allow money to get into the American economy in a direct and unencumbered manner. The UBI program could last for a period of 2 to 2 ½ years or until the economic crisis has passed. But at least it would cut down on paperwork and the bureaucratic nightmare that often accompanies such benefit programs in times of economic emergencies.

Report: As US pushes Iran arms embargo renewal, Houthi missile attacks are a global danger, must be recognized as terrorism, experts hear