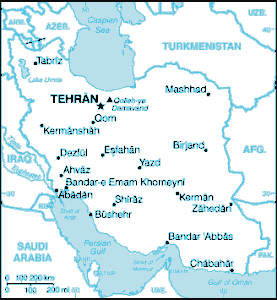 In an apparent media standoff, on December 8 the Iranian government aired the video of the allegedly downed by Iranian military US unmanned aircraft. A sophisticated drone RQ-170 employed by the United States military, was said to have been flying on a mission over the Western Afghanistan on December 4 when, according to the US officials, the control was lost and aircraft disappeared from the radar. It was confirmed by the authorities that the operators lost control in the eastern part of the city Kashmar, about 140 km east of the Iranian border.

The Iranian authorities which claimed the American drone was flying a reconnaissance mission in the Iranian air space immediately announced the aircraft was downed by their electronic warfare unit which hacked into the control waves of the vehicle and brought it down without allowing it to crash.

At first, the CIA has the International Security Assistance Force take the blame, but then the authotiries acknowledged it was indeed the American military operated drone. Iranians who have made an international exhibit out of the captured aircraft before the cameras stated on Thursday that the technological information of the drone was big.  Many experts have reviewed the drone videos released by the Islamic Revolutionary Guard Corps, remaining with divided opinions. Some allege the drone could be a fake vehicle to be used by the Iranian authorities to mock the United States military, some concluded it was safe to assume the images are real.

Real or not, the Iranians are trying to get the most of it. The information about the downing of a sophisticated US machine is being aired in all media outlets controlled by Iran. The authorities did not just display the aircraft, they did it with an American flag with skulls in the background, a usual way to depict the United States. The Iranian government also summoned the Swiss ambassador to demand apologies from the United States. Switzerland acts as an intermediary and represents US interests in Iran. The United States has no diplomatic relations with the Islamic Republic of Iran since the Iranian Revolution in 1979 and American hostage crisis.

A duo suicide attack in Afghanistan

Police clash with protesters in Kazakhstan