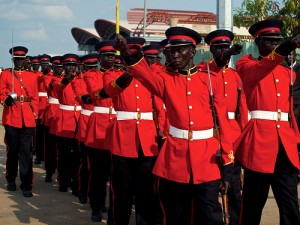 When Salva Kiir Mayardit’s Sudan People’s Liberation Movement (SPLM) signed the notorious peace accords with Sudan, also known as the Naivasha Agreement in 2005, which brought South Sudan independence from Sudan in July 2011, everybody thought the horrors of a two decade old civil war between Sudan and rebellious South Sudanese, claiming as many as 2 million lives, will fade away. Little did they know.

The Naivasha Comprehensive Agreement outlined basic principles of the end of the Sudanese Civil War of 1982-2005, including establishing temporary government structure, sharing of oil revenues and eventual referendum in South Sudan. With enforcement of Naivasha principles and region-wide held referendum, South Sudan declared its independence on July 9, 2011. Independence on paper that is. The biggest problem of Salva Kiir Mayardit’s government is that its economy is almost fully dependent on production of oil. Add to that the bigger problem, the location of main onshore oil fields, situated right at the border with Sudan. The newly established state did not and still does not have the infrastructure for upstream and downstream processing. What it heavily relies on is its political enemy, Sudan. Before and during the war, Sudan was in full control of the oil industry and had reportedly shown the stats on oil production in South Sudan lower than they actually were. It also had a full authority over shipments of oil for exports to other countries through Red Sea port of Port Sudan. After proclamation of its independence, South Sudan has had no other option than using the same route to export its crude oil. Being a landlocked country, South Sudan’s alternative was to build a new pipeline of its own through Kenya to the ocean. However, lack of state funds, devastated economy and hard terrain for proposed pipeline make it difficult to happen.

That’s the very reason, government of Kiir in Juba is forced to export its oil to China, Malaysia and India through Sudan. The Sudanese government of Omar al-Bashir is doing everything to make it hard for South Sudan to survive independently. For the transit of South Sudanese crude, Khartoum is asking $36 per each barrel and $1 billion in back payments, while Juba offers less than $1 per barrel in return, according to international norms, thus refusing to assume any of $38 billion external debt of Sudan. On February 2, South Sudanese industry and commerce minister Stephen Dheiu Dau announced there was a shortage of production output of 40,000 barrels per day, immediately blaming the northern neighbor of stealing its resources. Sudan claims that since the agreement between Sudan and South Sudan on transit fees is not finalized, its government will take what it think is theirs. With crumbling of its own oil production, Sudan is seeking ways to benefit from natural resources it claimed as its own until the peace agreement. To prevent further appropriation of South Sudanese oil, its government announced that it would shut down the production all together to deprive Sudan of any economic benefits, although the move may result in devastating consequences for Juba.

As long as Juba heavily relies on oil profits, with no industry or production in other sectors of economy, a proposed shutdown of oil production will have severe consequences, especially on South Sudanese army. Without continuous funding from the government, the army may split into several factions controled by war lords who may escalate the ongoing cattle raid massacres into a full fledged war. In late January, as many as 78 people, including one U.N. staff member were massacred, reportedly by South Sudanese Army and Police Service over disagreements on cattle raids. Cattle raids have been a major source of tribal disagreements between Nuer, Murle and Dinka communities in  Unity, Warap and Jonglei states of South Sudan. Another massacre occured on February 3, when a truck full of gunmen arrived at a peace meeting and started shooting indiscriminately. Localized intercommunal massacres are likely to take its toll on the statehood of South Sudan. If the army factions take sides in the inter-tribal conflicts, the risk of renewed war in Sudan is imminent.

South Sudan was a part of two civil wars, both with central government in Khartoum, from 1955 through 1972, and from 1982 until 2005. Altogether, these wars have reportedly claimed lives of 4 million people. 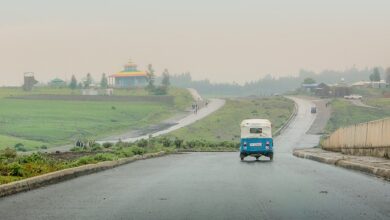 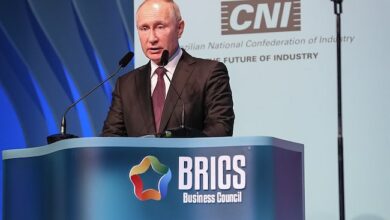