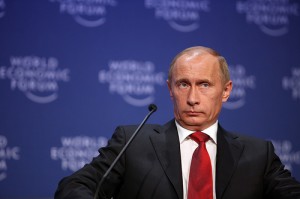 Presidential elections in March resulted in the victory of Prime Minister of Russia, Vladimir Putin. Nobody doubted it would be him who would assume the leadership, again. Although, hundreds of thousands took to the streets to protest against Putin’s come back before the elections, there were virtually no demonstrators after the election results were announced. In a seemingly tolerant mode, Kremlin allowed protestors to rally in the days leading to elections, thus displaying freedom of assembly and speech, yet arresting opposition activists and their relatives behind the cameras which zoomed into a hundred thousand crowd in Moscow. Another reason could be Kremlin’s unwillingness to disperse the crowds violently to cause any “Arab Spring” like reaction.

Vladimir Putin won with 63 percent, effectively relieving himself from the second round, established to be run if none of the candidates get more than half the vote. The opposition activists announced that the elections were rigged with mroe than 4 thousand electoral violations. The polls on the eve of elections showed the declining rating of Putin, where his favorability went down from 53 percent during 2004 election to 44 percent in 2012. In the meantime, the opposition promises to start fresh protests. This time though, they will be held throughout regions, and not necessarily in the Moscow or Saint Petersburg. Another protest is called for through Facebook and other social networks, which intends to disrupt the inauguration ceremony of the president elect on May 7. How, the government will react then is yet to be seen.

Exempting the EU and Japan from sanctions on Iran