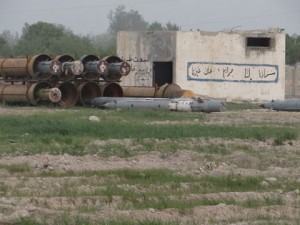 In search of the place to destroy the weapons, the United States already observed Norway reject the request, stating the country did not possess the equipment to destroy the weapons. Today, with Albanian public expressing discontent over the indecent request in a rally in Tirana, the Albanian government joined Norway, formally refusing Washington a favor. According to Reuters, the Prime Minister Edi Rama stated that “it is impossible for Albania to get involved in this operation. We lack the necessary capacities.” Albanians argue that the disposition of chemical weapons on their soil would create enormous amounts of toxic waste thus creating valid concern for wealth of their citizens.

Thousands of Albanians protesting in Tirana welcomed the decision of Albanian government. The United States responded with a statement that it understood and respected the position of its ally.