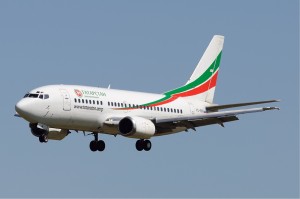 A Russian airliner Boeing 737-500 belonging to Tatarstan Airlines crashed while landing at Kazan airport. All 50 on board, including 6 crew members, died instantly upon the impact. Among the killed were Irek Minnikhanov, son of Rustam Minnikhanov, the President of Tatarstan Republic (autonomous region of Russian Federation) and Aleksander Antonov, the head of the Federal Bureau of State Security (“FSB”). In a matter of hours, a criminal case was launched according to Article 263 of the Criminal Code of Russian Federation on Violation of Safety Rules and Air Transport Operation.

The airplane flying from Moscow had two children on board. According to Russian law enforcement, all bodies burned beyond recognition. Preliminary data from the emergency situations service of the government shows that the pilots informed the dispatchers at the airport about inability to land 500 meters away from the landing strip. Investigators allege some equipment could have been out of order. The pilots made a decision to gain altitude, turn around and try landing again, but the plane failed and crashed nose down bursting in flames instantaneously.