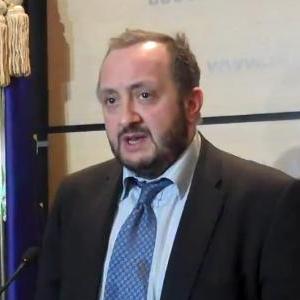 Georgia held inauguration ceremony for its new president Giorgi Margvelashvili. Margvelashvili who had been nominated by the ruling Georgian Dream Party won the presidential elections on October 27 with 62.12% of the popular vote. The ceremony was attended by high-ranking officials from 50 states.

Taking the oath, the new president stated that Georgia had already completed its transition from the Soviet era country to a state which transformed into a Europeam-style modern democratic country. The new leader promised economic growth and improvement the welfare of its citizens. Speaking of its immediate neighbors, Margvelashvili said that his values “economic and diplomatic relations with our neighbors in the region, Turkey, Azerbaijan and Armenia.”

Georgia, unlike its two other South Caucasian neighbors, vowed to join the U.S. and EU-backed Eastern Partnership along with Ukraine and Moldova. The president also promised to do his best to improve relations with its northern neighbor Russia. Russo-Georgian relations soured after Russia invaded Georgian territory crushing the much smaller Georgian army in a five day way in August 2008. Margvelashvili’s predecessor Mikheil Saakashvili, who’s credited with unprecedented development of Georgia, eliminating corruption and boosting Georgian economy, have repeatedly criticized Russia for its open violation of international law. Russia has formally recognized Georgia’s breakaway regions of Abkhazia and South Ossetia. It is expected that Russo-Georgian relations will hit another low upon Georgia’s initialing of Eastern Partnership this November.

The Latest Round of Russian Nuclear Intimidation