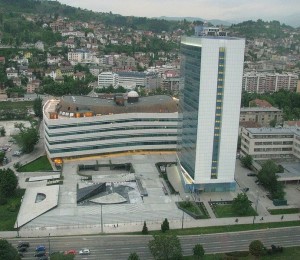 The Federation of Bosnia and Herzegovina, one of two Bosnia’s entities, is struggling with a crisis over payments from the budget after the entity was left without a finance minister.

Ante Krajina was dismissed last week. As only the finance minister can approve payments, the entity has been left without the one man who can make the financial system function.

Krajina was axed on January 3 by the President of the Federation, Zivko Budimir, who said he bore responsibility for delayed payments of war veteran pensions in some municipalities.

As the Federation parliament discussed the case on Wednesday, it accepted the resignation of Fehim Skaljic, speaker of the House of Representatives, one of two chambers.

He said he was resigning because the parliamentary majority that had elected him no longer existed.

While the Office of the High Representative, OHR, Valentin Inzko, held a meeting with Budimir, the entity Prime Minister, Nermin Niksic, said he had no intention of meeting Budimir whom he accused of causing chaos in the Federation.

One option is that Budimir now withdraws his decision to dismiss Krajina, or restores him to his post at least until a new minister is elected, which is what the OHR has proposed.

Another option is to change rules, which say that budget payments must be signed off by the finance minister.

Niksic has already filed a complaint to the Constitutional Court over the issue, claiming Budimir acted illegally.

In 2012, Niksic asked him to dismiss eight ministers from the entity government, including Krajina, after the governing Social Democratic Party, SDP, changed coalition partners.

However, Budimir refused the request – only to act on it more than a year later.

The initial coalition government in the Federation in 2012 comprised the SDP – of which Niksic is a member – the Party of Democratic Action, SDA, the Croatian Party of Rights, HSP, and the People’s Party Work for Progress, NSRzB.

Later in 2012, the SDP formed a new parliamentary majority with other parties, which was why Niksic then asked the President to dismiss eight ministers from the government.

Among the new coalition partners was the Alliance for a Better Future, SBB, of which Skaljic was a member. However, this coalition has also since fallen apart, which is why Skaljic has now resigned.