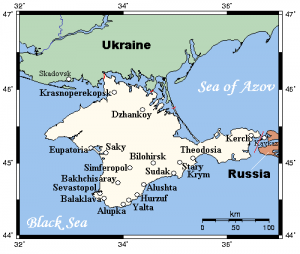 As soon as president Yanukovich left Kiev in a negotiated deal with the opposition leaders, the bloody Euromaidan protests subsided. To their credit, the demonstrators did not even destroy, burn or loot the private villa and the zoo of the president in the outskirts of the capital.

The message was clear. The demands were limited to the removal of the pro-Russian president who had turned down the EU’s deal for gradual integration and opted for the Russian loan (read “integration with Russia”) instead. Once the president was forced out of the capital (he’s disappeared and is on the international Wanted list for purported killings during the Euromaidan), the order was pretty much restored and everything seemed ready for the next stage – new government and speedy presidential elections.

However, the latest developments in the autonomous region of Crimea in southern part of Ukraine suggest otherwise. The signs were evident last week when the local parliament of the region on Crimean peninsula voted in favor of seceding from Ukraine. Crimea, which has a sizable Russian population is being used as a leverage against the new Kiev coalition government. Public rallies in Crimea were held in support of both Russia and Ukraine.

Pro-Russian crowds held signs depicting annexation of the region to Russia and pro-Ukrainian crowds confronted them with the statements of their own. Crimea, also home to a large Crimean Turkic community rushed to defend the territorial inviolability of Ukraine. Needless to say, the clashes did take place and the situation is escalating.

Russia, unwilling to let Ukraine go that easy, ordered military exercises right at the border with Ukraine – a sign of mighty military force the Soviet Russia had used against its republics during the Soviet rule. The Ukrainians have had previous encounters with Russian forces in the years following the WWII when the nationalist Banderovtsi movement was fighting for independence of Ukraine from Soviet Union but was quickly eliminated in brutal crackdown.

Crimea had been an autonomous district within the Russian Soviet Federative Socialist Republic (although detached from it) in the early 1920’s. It was then subject to deliberately planned famines, including the infamous Holodomor causing millions of deaths among Ukrainians; as well as subject to expulsions and forced relocation of ethnic groups in and out of peninsula during the reign of Stalin.

On February 19, 1954 after Stalin was dead, the new leader of the Soviet Union ensured the transfer of the peninsula from the RSFSR to the Ukrainian SSR through the decree issued by the Presidium of the Supreme Soviet of the Soviet Union. Since then, Crimea had become a heated debate for Russian nationalists who contend that the transfer was illegal and Crimea should be restored as part of Russia.

The comeback of the issue in the wake of Ukrainian bloodletting was very apparent. For one, Crimea is home to Russia’s Black Sea fleet, a vital instrument of Moscow’s foreign policy in the Black Sea and Mediterranean basin. Secondly, Crimea has its own local pro-Russian government that can legitimize the secession from Ukraine despite Kiev’s discontent.

The developments suggest Russia will continue its policies of intrusion in domestic affairs using the old Stalinesque trick of ‘divide-and-rule’ and will go the full extent as it did in Georgia’s case, legitimizing the secession by formal recognition. The one million dollar question is: what will the United States and Europe do about it? 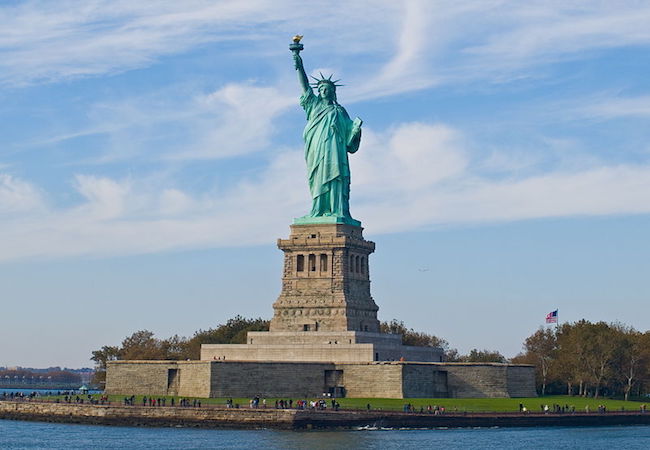