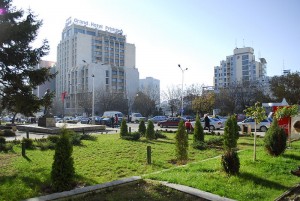 Uncertainties about the date of national elections in Kosovo have persisted for an extended period of time; Prime Minister Hashim Thaci has proposed June 8 as a potential option.He made his proposal to President Atifete Jahjaga on Friday at a regular meeting at the presidential building in the capital city of Pristina.The PM’s party, the Democratic Party of Kosovo (PDK), topped the polls in the last national elections held in 2010. The PDK received 32% of the total vote and 33 of the 120 seats in the national parliament.In the most recent local elections, the PDK attained the majority of the vote and nearly half of the mayorships. It has since maintained a fragile governing coalition with some smaller minority parties and the New Kosovo Alliance (AKR), the party of construction tycoon Behgjet Pacolli.Apart from the nationalistic Vetevendosje Movement, which wants elections to be held in autumn, the other opposition parties, the Democratic League of Kosovo (LDK) and the Alliance for the Future of Kosovo (AAK), have all backed elections to be held in June.However, before national elections are to be held, Kosovo must resolve a deadlock surrounding two crucial issues: the transformation of the Kosovo Security Forces into the Kosovo Armed Forces and the issue of reserved seats in parliament for ethnic minorities. In respect to new EU adjustments, the Kosovar government should urgently regulate minority seats in parliament. Currently, Serbian minorities who primarily reside in the north of the country, occupy 10 seats, Romani, Ashkali and Egyptians have 4 seats, Bosniaks, Montenegrin, Croats, Hungarians and Toskans have 3 seats, Turks have 2 seats, and lastly Gorans have 1 seat in the parliament.Serbian parties in the parliament have vowed their support for a vote on the Kosovo Armed Forces on the condition that seats for minorities will be reserved.In February 2014, the Kosovar government made a decision to transform the Kosovar Security Forces into standard military units, or the Kosovo Armed Forces, despite objections from Serbia. Serbia and many others stated that this decision marks an obvious violation of the constituent treaty on Kosovo. The vote on the Kosovo Armed Forces is due to be held next week.Following Thaci’s proposal, the exact date for elections remains unclear. According to the Kosovar constitution, President Jahjaga is required to set a date for elections subsequent to consultation with all political parties in the country.

Serbian minorities: a source of turmoil in the Balkans

Albania and Kosovo: neither separated nor united

Serbian minorities: a source of turmoil in the Balkans

Albania and Kosovo: neither separated nor united