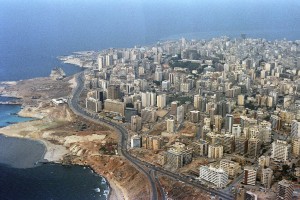 Lebanon is confronting one of its toughest challenges in recent years, as Islamist militants from the war in Syria cross the border to battle the Lebanese army in the eastern border town of Arsal, threatening to rupture Lebanon’s already fragile political situation.

Attacks against the army have been escalating rapidly since early August, after Lebanese authorities arrested Imad Jomaa, a leader of al-Nusra Front group, a Syrian rebel group linked to al- Qaida. Gunmen from the armed group and others from the Islamic State (IS) militant group launched a series of attacks targeting army posts on the outskirts of Arsal and infiltrated the town in retaliation.

The rebels stunned the Lebanese army by capturing more than 35 soldiers and security personnel after five days of heavy clashes. After the attacks the rebels withdrew to Syria again, taking their hostages with them.

The army “is confronting the most serious situation in its history,” a security source told Xinhua. “(The army) has never witnessed a prior case of kidnapping any of its soldiers”

The security source, who spoke to Xinhua on condition of anonymity, said that the Lebanese army “is working on closing the political and security gaps so to prevent the situation in Arsal from spreading to other Lebanese areas.”

The army will also “enforce strict controls on the Lebanese- Syrian borders and the aerial and sea ports of entry,” he added.

Some analysts say the Islamist militant groups have publicized these execution footages to incite the already boiling sectarian division among the Lebanese. They blamed the current situation in Arsal on the policies of the Lebanese government and the involvement of Hezbollah in the Syrian war.

In response, the Lebanese army has called on Qatar and Turkey to help rescue the captured soldiers and security personnel, and it has received advanced weaponry and ammunition from the United States to combat rebels hiding in the mountains lying between Syria and Lebanon.

The army has also sent reinforcements to its key positions and closed all the routes leading to and from Arsal in an effort to cut off essential supplies to the Islamist groups. They have also raided some Syrian refugee camps in Arsal, arresting tens of people who were suspected of participating in assaults against the army. Officials have also allegedly confiscated a large quantity of arms and ammunition from the refugee camps.

“All the security agencies are on high alert and in an unprecedented state of coordination backed by the government comprised of most of the political forces in Lebanon,” the security source told Xinhua.

Some analysts fear that the development of the Arsal events could lead to domestic strife that will threaten Lebanon’s central government, which has already been paralyzed by a political deadlock that has left the presidency vacant since May, when former President Michel Suleiman’s tenure ended.

Officials also worry that the presence of Islamist militant groups could expand to other parts of Lebanon, saying the country’ s 1.2 million Syrian refugees might be hosting “dormant cells” of other Sunni militant groups that are sympathetic with the rebel groups fighting the Syrian government.

Meanwhile, Syrian refugees in Lebanon complain that they cannot get access to basic services and face deteriorating health and sanitary conditions, as they are suffering an atmosphere of hardship and hostility from some of their neighbors.

On selective racism: All black lives matter, including the ones you hired under the Kafala system

On selective racism: All black lives matter, including the ones you hired under the Kafala system