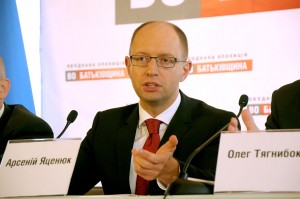 Ukrainian Prime Minister Arseny Yatsenyuk on Wednesday announced that his government will no longer financially support the eastern areas controlled by independence-seeking insurgents.

“As long as the areas are controlled by all sorts of impostors, the government will not allocate money from the central budget to subsidize these territories,” Yatsenyuk told a cabinet meeting.

The government estimates that around 1.51 billion U.S. dollars are needed to support the rebel-controlled areas in Donetsk region and some 1.12 billion dollars required to subsidize the territories in the neighboring Lugansk region, said Yatsenyuk.

However, he said the Ukrainian authorities will keep supplying gas and electricity to the rebel-held areas, although the deliveries are unpaid.

“Our citizens reside there and we will not allow these people to freeze because it will lead to a humanitarian catastrophe,” Yatsenyuk said.

The insurgents, who have seized government buildings in eastern Ukraine, proclaimed the region’s independence from Kiev in early April, and a week later the central government launched a military operation against the rebels to regain control over the fallen cities and towns.

The armed conflict has claimed over 4,000 lives and wounded more than 9,300 people ever since.

Is King Felipe VI of Spain ready to go into exile thanks to Communists?