After almost twenty long years of fruitless diplomacy in order to tackle climate change, the world community finally reached a ‘landmark agreement’ in Paris after a long and arduous negotiations process which continued from 30th November to 12th December in the year 2015. The agreement was opened for signature on Earth Day (22nd April, 2016) and entered into force on 4th November. As of June 2017, 195 UNFCCC members have signed the agreement whereas, 148 countries have ratified it.  The Paris agreement is unique in its nature as it abandoned the top down approach of the past. It recognizes the significance of domestic politics in climate change and allowed countries to take mitigation paths on their own. In other words, it followed a bottom up approach. The groundwork of this process was made in the Copenhagen conference in 2009, and it heralded a new era in climate diplomacy which had been marred by the controversy of the developed North and the developing South over the interpretation of the ‘common but differentiated responsibilities and respective capabilities’ (CBDR/RC) principle. Although it has a number of loopholes in it, the Paris accord stands unprecedented as it takes all the countries into confidence unlike the previous climate agreements. The divide between the Annex I and the others has been eradicated to the degree where all parties have the duty of mitigation. Accordingly, the new agreement has clauses which are applicable to all.

The election of President Donald Trump on 8th November, 2016 changed the environment of the global effort. The new President was quite skeptical of the climate change science, and regarded it as a ‘Chinese hoax’ in order to make US manufacturing non – competitive. During his campaign, and after assuming office his climate change denial attitude remained persistent and it culminated in his announcement that the US would exit from the Paris treaty. Arguing that countries like India and China were benefitting the most from the Paris agreement, Trump said that the deal was unfair to the US, as it badly hit its business and jobs. He further argued that India would get billions of dollars for meeting its commitment under the Paris Agreement while India along with China would double its coal fired plants, gaining a financial edge over the US. He talked of the plight of the US workers and taxpayers in the context of Washington’s entry into the agreement and proclaimed that ‘I was elected from Pittsburgh, and not Paris.’ He vowed to cease all the implementation of the non – binding Paris accord and the draconian financial burdens the agreement imposed on the US. He mentioned the nationally determined contributions and the Green Climate Fund as heavily costing the US economy.

However, the US pullout from the Paris treaty will not be so simple. Under the terms of the agreement, the US will have to wait until 2019, to formally submit its intention to withdraw. At that point, the US enters a one year waiting period before its name is formally removed.

Trump also hinted at renegotiation of the Paris treaty, but gave a mixed signal in the end by saying that “if we can (renegotiate) that’s great. And if we can’t, that’s fine”.

There is nothing new in the speech made by Donald Trump, as this narrative is the hall mark of the Republicans who have traditionally posited themselves against the climate change science. The most vivid evidence regarding this denial attitude was reflected in the Byrd Hagel resolution on 25th July 1997, which involved among other factors the opposition from the conservative movement, which is a vital part of the anti – environment lobby. During the era of President George Walker Bush, climate change denial was institutionalized officially.

The Paris deal has become possible due to the immense technological prowess made in the recent years, along with other political and economic factors. The US pull out from the Paris Climate Accord will prove detrimental for its economy, in terms of the renewable energy technology. China has already surpassed the US in the renewable energy technology. China invested $104 billion, as compared to the US investment of $44 billion in the year 2015 according to the UN Environment Program and the Bloomberg New Energy Finance. Moreover, the negotiators have designed the agreement to withstand political shocks.

The recent announcement of the exit of US from the Paris agreement has enabled China to fill the gap, thus taking the mantle of climate leadership from US. In other words, the US has ceded the climate leadership to China. Chinese President Xi Jing Ping while speaking at Davos, said that the “the Paris agreement is a hard – won achievement … all signatories should stick to it rather than walk away’.

The fundamental question what will the shape of a new approach to deal with climate change look like? and what role the developing countries can play? A sharp answer to this can be a placement of surtax on US goods, as proposed by the French Government, and more robust climate action by the other countries. However, the most concrete action can only be taken by the rapidly industrializing developing countries, like China, India, Malaysia etc. These countries will have to take the mantle of climate leadership, and instead of blaming the US and other developed countries should focus on their own vulnerability to climate change, and thus take the lead.  A country like Pakistan, according to the global climate risk index 2017 has been regarded as the 7th most vulnerable. Pakistan is currently considering a goal to reduce its greenhouse gas emissions by 30 per cent from 2008 levels by 2025. Pakistan has taken a number of steps to tackle the issue. However, the CPEC project and the associated coal fired plants which are planned can make the stated target of the INDC difficult to achieve.

In any case, the political situation in the developed countries, like the emergence of populist parties and particularly Trump’s victory has changed the scenario of climate politics. Therefore, the emerging economies will also have to take the lead in climate financing instead of the cash – for – cuts approach. So, firstly there is a need to change the narrative by the developing countries based on their vulnerability and the changing political climate. Secondly, instead of concentrating on emissions cuts, the focus should be on technology generation. The technological prowess and low-cost technologies have upended the assumption that economic growth and economic greenhouse gas emissions must go hand in hand. Thirdly, the distribution of burden should be on an equitable basis and the industrial countries aren’t the only ones to act. The orthodox classification scheme of the UNFCCC must also be revisited, as the world has changed a lot since the framework convention was agreed in 1992. The shifts in the economic and emissions landscape have put the onus on the developing world to act, and the time for action is short.

Muhammad Waqar Anwar is an M Phil in International Relations from National Defense University, Islamabad. Currently he is a Research Intern at the Center for International Strategic Studies, Islamabad 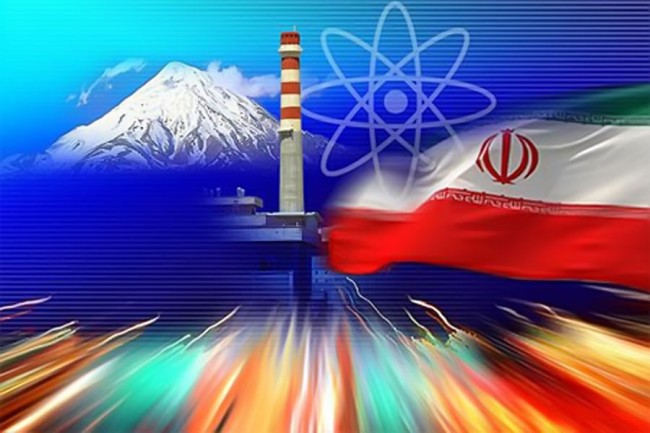