A.W. The Balcerowicz Plan was implemented within the economic system of Poland in 1989. When was this idea introduced and how risky was it considered? What was the main challenge for those who were implementing the plan?

Prof. L.B. We started much earlier, in the late 70’s. I was then a young man who created a group of equally young or even younger people to work for the maximal possible improvement of the socialist economy. Why socialist? Because no one dreamt at that time that Soviet Union would disappear and that we would be free to go for the Western models. We wanted to be realistic and we worked systematically for two years on the maximal increase of economic freedom, which would not violate the constraints of geopolitics and, thus would not provoke the intervention of the USSR. In 1980, we made a public presentation at about the same time as the original Solidarity Movement, originated in August-September.  It was a huge sensation, that a group of young people did this! The Solidarity Movement practically adopted the proposal, but it was too radical for the authorities because it included the suggestion that the control of nomination and dismissal of managers and enterprises be removed from the ruling party. Our idea was very popular. This was when the notion of “Balcerowicz group” originated for the first time. On 13th of December, 1981, Martial Law was introduced. I returned to Poland from abroad and we continued our work without any expectations that what we proposed would be practically useful. And we were much radical in our proposals – we wanted a private market economy. We could not predict the disappearance of the Soviet Union. In 1989, it turned out that we were the only group, which worked systematically. 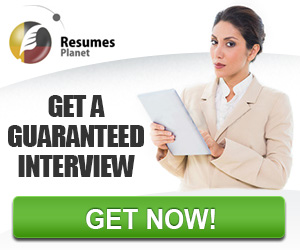 Our strategy was prepared as a hobby. We had no idea it would ever become of any practical use. However, when the first non-Communist Prime Minister Tadeusz Mazowiecki found out there is such a group, I caught his eye. He was looking for somebody who would take charge of Poland’s finances and the responsibility for the transformation and stabilization of the economy. First, he suggested and I refused. Then, he suggested again and I accepted, and so it started. It was on the 10th of August, in 1989. I realized that something absolutely exceptional is happening, Poland became free, and the reforms, which were impossible before may become possible. We could have a democracy and rule of law and a capitalist economy! I was in charge of the economic part of this transformation.

A.W. You were the Deputy Prime Minister and Finance Minister in the first post-Communist Polish government. What does it mean to be the first? How did you deal with the “new” political situation for Poland?

Prof. L.B. It was the combination that was crucial because the Minister of Finance is very important in every economy for stabilization. In Poland, on top of that, there is a huge agenda for reforms including the privatization of enterprises. The problem was huge and had to be solved quickly for both economic and non-economic purposes. Economics rejects small reforms. You had to have a critical mass of changes. The political situation in Poland favored radical steps, because our newfound independence, and during such a period, people are more ready than normal to accept difficult changes. This atmosphere could very well last for a year or a year and a half. The best use of this special situation was moving forward very fast, which we did.

A.W. What are the advantages of globalization? Is it a natural development or is it actually a necessary change for the world?

Prof. L.B. What is the opposite of globalization? Isolation. In our country, we had a lot of this experience. Isolation is very bad for all countries, especially the small ones. This is not a speculation; it is based on massive research. It is better to have open borders than to have closed borders for both economic and non-economic purposes. It spurs trade, foreign direct investment and other extremely important aspects of growth. The world has learned a very hard lesson in between the wars. Many countries paid for this very dearly, especially poor countries. Faster economic growth after the Second World War is linked to globalization. China participated in globalization in the 70’s thanks to its market reforms. China became a market economy and hugely benefited from globalization, which meant that hundreds of millions of poorer people got out of poverty.

A.W. Economic freedom is a combination of such elements as a means of living for individuals and how they spend or save their income. As a Professor of Economics at the Warsaw School of Economics, what should everyone know about economics in the world today?

Prof. L.B. There are huge differences in the standard of living between countries. One of the most shocking examples is the difference between North and South Koreas – same nation, same culture. The reason is their very different institutional systems. If you take away economic freedom, you take away the possibility of economic growth and you take away the possibility of having a democracy and the rule of law. No system that is based on the political control of the economy can be democratic. It is impossible. If some people do not care about private ownership but care about democracy, they should realize that without private ownership there are no, free elections, which normally means democracy.

Prof. L.B. In economics, it is the avoidance of a deep crisis. The deepest crises are not due to free markets but the excessive concentration of political power. Look at Mao’s China. Mao was a monster, who unfortunately was a ruler of a huge country. He went for some very bad policies, which caused a death of 70 million people and a huge downfall of the economy. There is a misconception, especially popular in the West, that deep crises of economies are due to the fragility of the market economy. While the deepest crises are caused by excessive political power. I will say that basic security against a deep crisis is a division of power, what we normally call the “rule of law,” or a limited government. 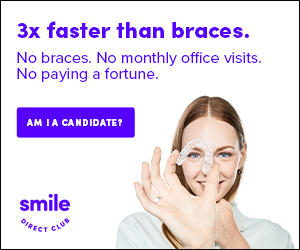 A.W. In 1989, Tadeusz Mazowiecki, the Prime Minister of a new government, asked you to become “Ludwig Erhard” and create the second “economic miracle.” How did Erhard’s policy inspire and motivate you to take a risk and work on this project?

Prof. L.B. I spent 2 months in Germany, in 1988, and I realized that the future reformers of the socialist economy would have to do much more than Erhard in West Germany, because there and then – in general-market was only suspended but not destroyed. This means that private enterprises were not nationalized but the freedom was limited. Thus, in Germany after the Second World War II several things had to be done: as stabilization, which meant a monetary reform, and economic liberalization. They did not need to privatize the economy, as it was not nationalized. In Poland and later in other former socialist economies we had to do 3 things: stabilization, massive liberalization, and the last component, which was not necessary in Germany – was a massive institutional change, which included the creation of new institutions, like the Independent Central Bank, and the transformation of the existing institutions, like the most important institution in the economy, the enterprises. Their indispensable institutional change was privatization. This was fundamentally important, both for economic growth and for the creation of a base for democracy. A dominant state sector, i.e. socialism cannot be lasting combined with democracy! I am stressing it so much because it is not widely known. Democrats should love private ownership!

A.W. What is your view of the term “freedom” and its political manipulations? How has the perception of this word changed in Poland since the days of Soviet era?

Prof. L.B. I do not think it is changed. People in Poland usually realize that there are many constraints compared to the West because of despotic political power. Generally speaking, we should discuss freedom as a relationship between individuals and the political power. My definition is very simple: the more prohibitions, the less freedom for individuals. Look at the Penal Code and you will see how much freedom people have. In the worst despotic systems like Communism, besides the Penal Code, there are informal constraints. When everything is state-owned, everybody can be dismissed. Obedient people are promoted.  Ultimate systems, which perform badly economically can be maintained only by intimidation. Such regimes need institutions for intimidation, which is political police, like the KGB. This is the most crucial institution of socialism because socialism could not be sustained if it were not for intimidation!

A.W. What is your definition of “populism” and who would you say are populists?

Prof. L.B. One should distinguish the populist rhetoric from the populist policies. The populist rhetoric is hatred speech, basically. In economics, populist policies are short-sighted. Populists try to stimulate the economy with extra spending and monetary expansion at the cost of a future crisis or a slowdown. Besides they damage the economy by excessive restrictions and the limitation of economic freedom. A classic example of populism was Argentina under Perón. Populists can be popular. When they are lucky, all of a sudden, the prices for raw materials and country exports are rising. That was the case of Argentina with Perón and then with Kirchner. 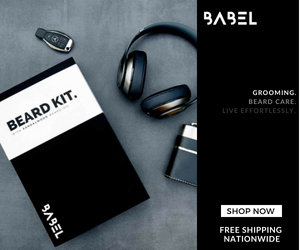 Of course, there are many other aspects, but this was the base. If monopolies were kept and there was no change, we would all had been much poorer. Globalization and open borders are essential for growth. Poor countries can grow if they have a proper system, which allows a productive import of technology. The success of Poland and other countries comes from creating a system of economic freedom, which makes it possible for entrepreneurial people to create new firms, use them, and adopt new technologies. Technological transfer has happened in France when it was competing with Britain. Every backward country, which was borrowing the foreign technology has accelerated its growth.

A.W. On a personal note, you are in your 70s, but you have so much energy. What is the secret? What is the economics of aging?

Prof. L.B. First, I have to thank my parents. Largely, it is genetic. My father was very energetic, he lived until 86 years old. Besides, having an interesting job helps! I do not mean the position; I mean the activities it involves. I am very much motivated when I see lies injustice, populism, bad government! Then I think what more can I do, individually, through social media, and also through organizations? Ten years ago, I created think-tank the Civil Development Forum Foundation (FOR), which is one of the most dynamic in Poland. It defends economic freedom, rule of law, and indirectly democracy. Important goals give very strong motivation for some people. Probably, I belong to this group.

Does Poland hold the key to de-escalating Russian-NATO tensions?

Soviet spymasters: The limits of democracy and Navalny

Does Poland hold the key to de-escalating Russian-NATO tensions?

Soviet spymasters: The limits of democracy and Navalny