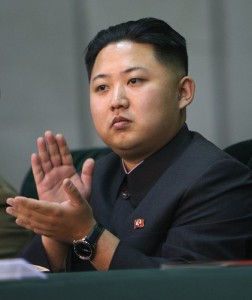 With the age of globalization reaffirming the interrelation and interdependence of nation states, you would think the number of dictatorships would shrink. The experience of two last decades had proven otherwise. It is understandable that the world is effectively split among superpowers, engaged in development of their own camps of allies and enemies, often identified in the literature as ‘clients’, ‘vassals’ or ‘proxies’; however, in many cases, these states seem to break out of complete dependence of their protectors and pretty much go their own way. There are a number of states in Africa and Middle East that have taken the role of proxies in the international battle for world dominance, but the equilibrium of interdependence has so far not been broken.

In the far east, though, a small country, initially protected by the communist giants, the Soviet Union and China, has found enough power and arrogance to rise up to the status of “troublemaker”. The founder of North Korea, Kim Il-sung, who ruled the country for a little less than half a century, had persistently defied the United States and was able to stand his ground during the 1950-53 Korean war. Mainly feeding on trade with the Soviet and Chinese allies, the country was able to survive and build the most sophisticated internal propaganda machine which even today resembles the Stalinist era in USSR. Much like the death of Stalin in 1953, death of Kim Il-sung in 1994 was observed in days of nationwide morning, with people dramatically falling to the ground in tears, pulling their hairs and fainting. After Il-sung’s death, his son Kim Jong-il took over the leadership and like his father, reigned until his natural death in on December 17, 2011. Much like the predecessor, Jong-Il defied the United States but was able to break the ice with Americans and sign an agreement with Washington to eventually dismantle the North Korea’s nuclear weapons program, in exchange for financial aid for producing two power-generating nuclear reactors. With the formal agreement, Pyongyang was able to evade immediate action on North Korea and secretly continue the development of nuclear weapons. After the successful nuclear test in October 2006, North Koreans admitted they had continued the development in secrecy, reasoning that it was done for the country’s national security and in the wake of alleged presence of American owned nuclear weapons in South Korea.

Unlike the continued rhetoric on possible offensive on Iran because of its nuclear program, the United States and its allies have been more careful in dealing with North Korea. The reality is that North Koreans have been isolated from the rest of the world for so long that the admiration of, attachment to and belief in the supreme leader is uncontested. With a large army, sufficient amount of modern weaponry and large population, hostilities on Korean peninsula would produce a human disaster of largest proportions. Add to that the fact that the country is located in the densely populated region, where usage of weapons of mass destruction would kill millions. That’s why, so far, the only way of dealing with North Korea has been direct engagement in talks and UN Security Council resolutions which throw stones at Pyongyang but always hit the brick wall. The last United Nations Security Council Resolution 1874 did just that. Adopted on June 12, 2009 it sought to penalize North Korea through further economic and commercial sanctions after it conducted an underground nuclear test two weeks earlier. Apparently, the North Korean leadership which denounced the resolution, also took it as a challenge. That was evident from the recent rocket launching of the satellite this April, which the United States and the UN immediately condemned. The launch failed, but it showed the ambitious use of the ballistic missile technology which reaffirmed the fears that the new North Korean leader would be as uncompromising as his father.  Kim Jong-un, who is the current Supreme Leader of North Korea, assumed the office after the death of his father Kim Jong-Il, whose death was long debated to be a milestone in possible and gradual dissolution of North Korean dictatorial regime. However, Jong-Il, who is believed to be in his late 20’s did not think twice about continuing what his grandfather started –  a strong, defiant, armed dictatorship, reluctant to subdue to the West. Launch of a satellite by North Korea as part of its space program is planned to both show to the international community that the country is and will develop its technology despite the sanctions and to feed the domestic audience about the emergence of a stronger North Korea, one that can align itself with developed nations of the West.

Defiant of sanctions, the new Supreme Leader of North Korea, delivered his first public speech underlining his commitment to making it a top priority to strengthen the military of the country. It is also reported that, Kim Jong-Il chose to omit the fact that the rocket launch, as the first display of his power, failed. It is likely that the launch of the rocket was expedited to cement the power of the young leader before his televised speech. It would and yet still reaffirmed the path North Korean leadership chose and the place in the international community it chooses to retain.

When Stalin died (1952), the vast majority of his surtppoers ceased immediately supporting the policies of his regime. The same thing also happened when TITO died in Yugoslavia. Unfortunately, I don’t believe the same thing will happen in North Korea.Kim Jong Il inherited his power after his father, Kim Il Sung died in 1994. I think his son Kim Jong Un will probably become the next leader. There have been some unconfined reports that Kim Jong Un has been already announced as leader.Sadly, it’s the people of North Korea that are going to continue to suffer the most from the continuation of this regime. Only the people of North Korea can initiate the necessary change the country needs to become a democratic, free and stable nation. Maybe the two Korean peninsulas will become reunited?

I don’t believe Korea will ever be re-united, as long as China has a tight grip on everything that happens there. North Korea is quite a leverage against the West and apparently concentrates a lot of its attention and resources on that small country with a big population and nuclear weapon.