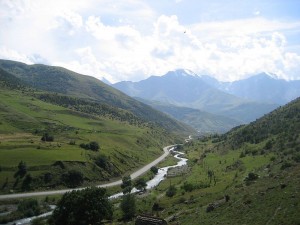 The Russian government issued a decree excluding the breakaway region of South Ossetia from the list of countries with special status assignment of “State-of-emergency”. According to the Russian legislation, the status of state of emergency is applied to countries and/or regions where there are ongoing hostilities or a possibility of one, endangering the nationals and foreign service representatives of the Russian Federation.

The amendments were made to the initial Decree of the Cabinet of Ministers No. 438 from June 3, 2011 on “Regulations for provision of additional guarantees to the representatives of the diplomatic service who are on assignments in foreign countries with a difficult socio-political situation, and in the countries in a state of emergency or armed conflict”.

Signed by the Prime Minister Dmitry Medvedev, the new amendment also foresees additional financial and social benefits for the member of foreign service in the countries with “state of emergency” status, such as 40% increase in monthly pay and matching days (from the government) for each working day spent in that country. In other words, any given Russian diplomat in service in those countries will accrue an additional day for his or her pension fund for each day spent in a country with difficult socio-political situation.

At the present, the list of countries with the state-of-emergency or state of an armed conflict include Iraq, Libya, Afghanistan, Yemen, Syria and Palestinian territories.

Russia has formally recognized the breakaway regions of South Ossetia and Abkhazia in August 2008, following a 5-day war with Georgia, when Russian troops invaded the Republic of Georgia claiming the Georgian troops caused deaths of Russian citizens in South Ossetia. On August 5, the then-President of Georgia Mikheil Saakashvili had sanctioned a blitzkrieg offensive on Tskhinvali – the capital of the breakaway region of Georgia – driving the separatist forces out of the city. The intent was to restore control of the Georgian government over South Ossetia and eventually Abkhazia, two breakaway regions of Georgia which claimed independence from the former Soviet republic after the collapse of Soviet Union and with the support of Russia effectively ended Tbilisi’s control over these territories.

Although these entities are largely unrecognized elsewhere, Russia retains its military there as the ostensible guarantor of Russian citizens in these territories. Recognition of these territories by Russia as independent countries caused condemnation from the West. The formal exclusion of the region from the list of countries in state of emergency or state of war may be interpreted as solidification of Russian control over South Ossetia.

Saudi oil minister: why cut production when demand is there?