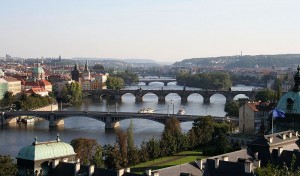 The move came 95 days after the Czech general elections in October 2013.

Sobotka said the government aimed to pursue a socially sensitive and just policyies “I am convinced the new government will bring the Czech Republic economic growth, prosperity and the necessary stability,” he said.

During the appointing ceremony, Zeman criticized Sobotka for a number of mistakes he found in the government proposal that Sobotka gave him, in both the names and competences of particular ministers.

Zeman said the coalition should prioritize passing a civil service law. “This is the sole way of getting rid of politicians seeking lucrative posts. The Czech Republic is the last EU country not having the civil service law,” he said.

“I am convinced this government will eventually make the law fully effective by the beginning of next year at the latest so that we may have a professional state administration that will be resistant to both commercial and political influences,” he added.

Zeman has in the past publicly criticized some ministerial candidates proposed to him by Sobotka.

Milwaukee to host the second Paraguay Economic Forum this February