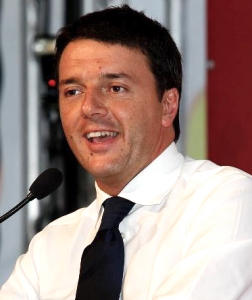 When Florence Mayor Matteo Renzi attempts this week to form Italy’s 63rd government in 68 years, he will face a bigger set of challenges with less of a track record than any of his predecessors.

Renzi, 39, has growing support nationally, but has still never been elected to a political office more important than that as mayor of Italy’s ninth largest city.

While analysts said he showed deft negotiation skills in his battle to Enrico Letta to step down as prime minister last Friday, he does not have experience at a national level or, as a non-parliamentarian, the relationships in the national legislature to push deals through.

“Renzi’s first challenge is going to simply form a government,” said Fulco Lanchesterm, head of the department of political science at Rome’s Sapienza University and a frequent commentator on political affairs.

“He will have to select a cabinet and face a confidence vote in parliament. And given his situation, this will not be as easy as it would be for many other (new prime ministers) in the past.”

Renzi, who would become Italy’s youngest prime minister ever, said he would start mulling over options on Tuesday, adding that while he understood the “urgency” of the situation that he would not be rushed in forming his government.

Assuming he is able to do it, he will lead a country with serious economic and political issues, and a public opinion that — while it has a generally positive view of Renzi himself — is, according to the polling firm Opinioni, “weary” of ineffective and short-lived governments.

The Renzi government will be Italy’s third in less than a year.

“People are going to be looking for results in terms of job creation, economic growth, and political stability quickly,” said Opinioni’s Maria Rossi.

Italy’s troubles run deep: the country’s economy has shrunk for three consecutive years, and shrunk by 17 percent in per capita terms over the last decade.

Despite early signs of a possible economic turnaround, the jobless rate continues to climb. Consumer confidence is near an all-time low. And the government’s hands are tied by a massive debt level difficult to confront with tax levels already among the highest levels in Europe and government services already slashed to the bare minimum.

Renzi on Monday sketched out an ambitious series of goals.

After formally being asked by President Giorgio Napolitano to try to form a government, Renzi promised a new political rulebook by the end of this month and a new labor reform plan by the end of March.

He will reform the public administration in April, and address the prickly issue of finance and revenue reform in May. The first indications are that markets and international investors are giving Renzi a tentative thumbs-up.

Yields for Italian bonds, a barometer of investors’ confidence, drifted lower after Napolitano officially asked Renzi to form a government, with the benchmark 10-year bond reaching its lowest yield since 2006. Stock prices also rose on Milan’s Italian Stock Exchange, but even then the day’s rally lost steam late.

Age of Populists: Rise of far right populism in Europe ahead of EU elections

The Trans Adriatic Pipeline, the Mediterranean and the new energy networks

Age of Populists: Rise of far right populism in Europe ahead of EU elections

The Trans Adriatic Pipeline, the Mediterranean and the new energy networks

White House issues a warning to the government of Uganda

A forgotten tragedy of Garadaghly