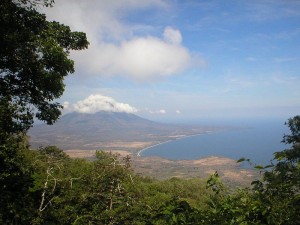 The Government of Nicaragua is projecting to attract 4 billion dollars in investment to finance various renewable energy projects over the next fifteen years. The Minister of Energy and Mines, Emilio Rappaccioli said these investments will generate 253MW of hydroelectric power; wind 300MW; geothermal 100MW; and solar 100MW. The Nicaragua Plan is to increase the share of renewables to 90% of the national energy matrix by 2020.Energía Limpia XXI noted that under the Leadership of President Daniel Ortega, an ambitious plan to transform the energy matrix showing impressive results. In 2006 participation of renewables in the energy matrix was 25% and by early this year it had grown to 56%. This past April 13, the National Energy Dispatch Center reported that 60.3% of energy generated that day came from renewables, suggesting that the medium term goal of reaching 74% renewable share by 2018 is realistic and likely to be met,

Total demand for energy in Nicaragua is approximately 600 megawatts and the estimated renewable energy potential is 5,800 MW, nearly ten times greater. This means that as renewable production continues to grow, surplus energy will be available for export to other Central American countries and beyond, using the soon to be completed Central American Electrical Inter connection System, known as SIEPAC. It is worth noting that Nicaragua has already begun energy exports to Costa Rica, Panama and more recently Honduras.

The President of the Superior Council of Private Enterprise (COSEP), Jose Adan Aguerri, said one of the challenges for the private sector is to contribute to government efforts to expand electrical coverage, improve service and curb power theft. “Entrepreneurs are committed to seek mechanisms to ensure lower energy cost, eliminate unfair competition, attract foreign investments for new projects and for the country to become an energy exporter,” Aguerri said.

During the National Entrepreneur’s Day celebration, the COSEP Entrepreneur of the Year recognition was awarded to Ernesto Fernandez Hollman, for his sugar and clean energy investments in biomass and hydroelectric projects. In accepting the award, Fernandez said that Nicaragua is awakening to a new era of sustainable energy projects and encouraged entrepreneurs to promote technological innovation and strengthen investments in social capital and human resources of the country.

Power generating companies operating in Nicaragua reaffirmed their commitment to continue to promote development of renewable energy. The entrepreneurs announced the creation of a new Chamber of Private Energy Producers comprised of a dozen hydroelectric, geothermal, wind, biomass and solar companies in the country.

During his recent visit, United Nations Secretary General Ban Ki-moon, acknowledged the importance of Nicaragua’s energy policy and its contribution to climate change mitigation. He note the great potential to generate power from volcanoes, wind, water, sun and biomass. Ban said he was impressed with the wind farms in Rivas department, considered the Nicaragua wind energy “Mecca”. Nearly a quarter of Nicaragua’s generating capacity is based on wind. It is estimated that development of the sector will mitigate greenhouse gas effects, reducing emission of 100,000 tons of CO2 each year. The Secretary General added that Nicaragua has a clear understanding of the strategic importance of energy to the attainment of the Millennium Development Goals.

Women and young people are leading the solar energy projects in Nicaragua. International agencies such as CABEI, the German Bank KfW, Japan and IDB are supporting small solar projects that are generating tremendous changes in rural Nicaragua.

This year, Nicaragua projects to install electric service to more than twenty thousand homes in remote rural areas of the country and solar energy will play a key role to achieve this goal. ENERGIA LIMPIA XXI reports that HMV Pioneer is currently conducting studies to build a solar power generating facility in Chinandega department that could generate 100 megawatts and benefit more than 100,000 families, mainly in rural areas.

The Ministry of Energy and Mines plans to install 88 solar and cooling systems based on photovoltaic energy. In July of this year, the Central American Bank of Economic Integration (CABEI) granted a $49,500 loan to Nicaragua to partially finance a feasibility study for a 487 kW photovoltaic plant in the Department of León. In January, the Inter-American Development Bank (IDB) and the Covelo Foundation announced the allocation of $6 million for solar projects in Nicaragua, Guatemala and El Salvador.

The Central American Bank of Economic Integration (CABEI), the German Government through the KfW Bank and the European Union (EU), are supporting an initiative to promote investments in energy efficiency and renewable energy projects for micro, small and medium-size enterprises (MSMEs) in Nicaragua. The $44.5 million dollar “Green MSMEs” initiative is being implemented throughout Central America to promote energy efficiency and small-scale renewable energy projects.

In addition researchers of the Nicaragua Agrarian University (UNA) and the Lerida University of Spain are conducting a pilot dairy project based on use of solar energy. The first solar pasteurization plant will be installed at the UNA Animal Science Faculty. It is expected that this experience will be replicated in municipalities in the interior of the country engaged in dairy production.

As part of this renewable revolution, new experimental laboratories and classrooms have been opened to promote technical careers in the use of renewable energy and electro-medicine. Maykel Ramirez, Director of the Simon Bolivar National Technology said that at this early stage, the project is preparing the young people in the building and repairing of photovoltaic equipment, solar panels and turbines. The Swiss Cooperation Agency and Luxembourg, are backing technical careers to promote the use solar energy in the municipalities of Managua, Bluefields and Estelí. National and foreign specialists are training young students to repair, maintain and make solar panels, wind turbines and other clean technology equipment.

Similar efforts are being carried out by the Nicaragua Simón Bolívar Technological Institute were more than 3,500 students have registered in technical careers focused on renewable energy especially solar. The government is also investing more than a quarter million dollar in the building of computer and solar energy labs in rural areas of the country.

CPEC and the energy crisis in Pakistan

CPEC and the energy crisis in Pakistan