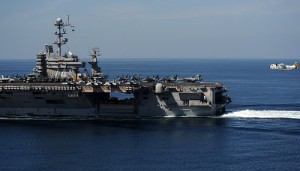 This week, Iranian government once again shook the world by convicting the U.S.citizen Amir Mirzaei Hekmati for alleged spying for CIA while inIran. The sentence – death penalty. Of Iranian background, Hekmati was born in the state ofArizona and then lived in Michiganbefore joining the Marines.  After serving in the U.S. Marines from 2001 to 2005, he started and operated his own linguistics company providing the clients with translation services and intercultural training. Apart from his usual civilian clients, Hekmati’s firm has also been contracted by the U.S.military. As part of the cultural competency training, Hekmati spent time in military bases teaching theU.S.troops facilitating mutual understanding and positive communication with people of other cultures.

Hekmati reportedly arrived in Iranin August 2011, for the first time, to visit his grandmothers. He holds both U.S.and Iranian citizenship. Since Iran does not recognize dual citizenship, he was tried as an Iranian national. The Iranian authorities claimed Hekmati started his spying activities upon his arrival and was trying to infiltrate into Iranian intelligence community. He allegedly confessed by stating “In this mission I was fooled by the CIA and although I had entered Iran with a mission to infiltrate in the Islamic Republic of Iran’s intelligence systems and to turn into a new source for the CIA, I didn’t want to hit a blow to Iran”, although due to secretive Iranian Revolutionary Court trials, it would be hard to verify the credibility of the information. (Fars News Agency, January 9). Hekmati’s trial followed the allegations by the Iranian government that U.S. had been trying to use the cyberspace and social networks to disrupt the upcoming March 2012 parliamentary elections in Iran. Several people have already been arrested with spying charges.  Under the Iranian law, the convicted felon has 20 days to appeal his case. Should the appeal be granted, it would go toIran’s Supreme Court.

The U.S. government categorizes the Iranian court system as “corrupt and subject to political influence” and has already called on the Iranian authorities to release Hekmati immediately. The U.S.officials have denied any links of Hekmati to CIA. The confession, allegedly shown on Iranian TV, might as well have been coerced by the Iranian Revolutionary Guard. Hekmati is yet another loud case of detention based on spying charges in the last three years. In 2009, three American hikers Sarah Shourd, Josh Fattal and Shane Bauer were arrested on the Iranian border while hiking. All three were charged but eventually released, one in 2010, two in September 2011. The fact of the matter is that frequent arrests of U.S.nationals inIran allows some level of tension between the countries to be retained. First, it serves the domestic propaganda of Iran’s peace being constantly bothered by the United States and its citizens allegedly on spying agenda, and secondly, the detained foreigners are used as a bargaining chip, either for political gains in the U.S.-Iranian affairs or for clean cut financial deal, such as the hikers release deal, where a bail of payments was paid to the Iranians through an intermediary, in this case, the Sultanate of Oman.

The sentencing of Amir Hikmati comes amid the escalating tensions between the United States and Iran. The relations between the two have been the most severe in the last three years over Iran’s nuclear program. In December 2011, Iran announced downing a sophisticated U.S. drone condemning the spying activities in Iranian airspace, further escalating the stand-off between the states. Shortly thereafter, a law imposing sanctions on financial institutions dealing withIran’s Central Bank (the primary institution for oil revenues), was signed into law by President Obama. The law will come into effect in mid 2012. At the urge of theU.S., Europeans states are planning on sanctioning Iran soon, as well. Iran sees the move as hostile intrusion of the United States into Iranian-European affairs and had already started threatening stopping the oil shipments exiting from the Persian Gulf by blocking the Strait of Hormuz. A large contingent of Iranian flotilla has been deployed in the Gulf for naval military exercises in a highly televised fashion.U.S. has also put its Fifth Fleet in the Gulf and the Indian Ocean on high alert.

Straight of Hormuz is a 25 mile long strip separating Oman with Iran, and connecting the biggest oil producers Saudi Arabia, Iran, Iraq and UAE with the Arabian Sea. The oil shipments through the Strait of Hormuz account to nearly 35% of all seaborne traded oil and about 20% of the oil traded worldwide. Besides the shipments of crude oil, 2 million barrels of refined oil products leave the gulf through the same strait.

The stand-off between the United States Fifth Fleet and the Iranian Navy could trigger a major international crisis. Iran’s navy reportedly consists of 23 submarines, close to 100 patrol boats; the U.S. Fifth Fleet has more than 20 ships with 15,000 personnel on-board and 1,000 ashore, deployed to the region and a carrier strike group. If military confrontation ensues,  it is likely that many U.S. allies will step in to prevent any disruptions of the oil shipments, although it’s unclear how China, which receives a significant amount of oil from the gulf, will act defending its own economic and political interests vis-à-visU.S.

Perhaps, one of the most visible outcomes of artificial oil shortages is the 1973 oil crisis, when the OPEC countries stopped the flow of oil to U.S.as a sign of protest for the American supplies to Israelis during the Yom Kippur War. The importance of oil supplies to the economies of Western countries has made it a priority for U.S.administrations since the crisis. In January 1980, the U.S. policy on strategic importance of Persian Gulf was described in a boldly coined Carter Doctrine which promised the use of military force in case U.S.national interests are threatened.  Since then, U.S. has dramatically increased its military presence in the Middle Eastern region making with current number of troops at 207,670, the largest contingent of U.S. army outside of U.S.

In the midst of diplomatic confrontation,Iran has also started enrichment of uranium at the Fordo facility. Compared to Natanz facility in central Iran where 8,000 centrifuges are operating, the Fordo facility is reportedly better defended against the aerial attacks and its centrifuges are more efficient. Suspected of building a nuclear bomb,Iran has been condemned by the West. Iran, insists its nuclear program is for peaceful purposes.

Whether the enrichment, closing of the straight and execution of a U.S.national will stimulate escalation of confrontation or not, is unclear. One thing is clear: the stand-off is likely to affect all economies of the world, some with largely devastating consequences.

"A big atomic bomb will come out", Chavez says to Ahmedinejad