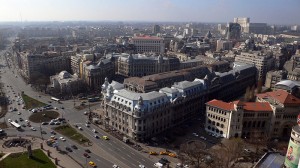 Székelys, a sizable Hungarian minority in Romania, have started public rallies contesting Bucharest’s new law which will redraw the administrative boundaries within the country. The reform, the Székelys claim, may substantially limit their political rights.

Although the independence had never been demanded by the Hungarians in Romania and the quest for autonomy has always been mild at best, the new reform seems to have pushed the minority to the edge. The public rally took place in Transylvania, a central region in Romania where the Székelys predominantly live. They marched in 14 cities of the region where they have a sizable community. The number of demonstrators was reportedly over 120 thousand.

According to the Romanian census from 2011, the total number of Székelys in Romania is 610 thousand. In Harghita and Covasna counties they make up the majority population with 86.6% and 73.7%, respectively; in Mureș county, Székelys they number 38.1%. Romania has 41 județs (administrative division) in total and the new administrative reform intends to incorporate counties with Hungarian majority into non-Hungarian regions. Székelys argue that the reform will turn them into minorities in the districts where they currently hold the minority. They protesters demanded that the counties with majority of Hungarians are merged into a region and given political autonomy.

The region of Transylvania was incorporated into Romania after the fall of the Austro-Hungarian Empire in 1918. In 1952, Communist leadership of Romania created Hungarian Autonomous Oblast, but in 1968, the autonomy was abolished and divided into smaller judets. Székelys have high hopes of returning the autonomous status to Hungrian majority regions.

Easing of Iran sanctions to have no impact on crude tankers