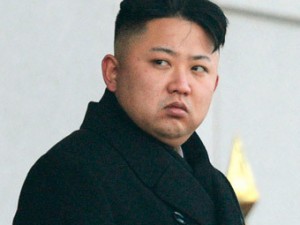 Political observers all around the globe remain flabbergasted by the recent showdown in the power apparatus of Pyongyang. The young dictator Kim Jong Un’s public sacking of his uncle Jang Song Thaek raised eyebrows and sent confusing messages to the West.

Thaek was regarded as the second most powerful man in North Korea and a guarantor of of Kim Jong Un’s secure rise to power after his father’s death. When the young leader stepped up to the throne, he was regarded as an inexperienced politician who was likely to make mistakes.

Yet, many analysts were soon able to single out Jang Song Thaek –  the man behind the leader who was advising Kim Jong Un on political strategies, showing the ropes within Pyongyang’s power apparatus, and most importantly, was considered his protector.

Whatever Thaek did to displease the young dictator, his public arrest and immediate execution leaves many questions unanswered. What exactly did he do to raise alarms in Kim’s mind? Was it his dealings and improvement of relations with China that the dictator might have interpreted as a sign of over-performing his role within the government? Was it his potential arrangement of a plot to remove Kim from power?

In a closed society like North Korea, the questions may never be answered. For all we know, Thaek was charged with corruption, misappropriation of public funds, distribution of pornography, “womanizing” and lastly, overthrowing the government. His brutal execution following a quick military tribunal on Thursday, rather than keeping him alive in prison, is a message to Thaek’s supporters within the apparatus that any efforts to stand up to the dictator may end up in vain and cost them their lives.

Jang Song Thaek was married to Kim’s aunt and served as the Vice-Chairman of North Korea’s top military staff. Kim reportedly sacked another one of his military generals last year, leaving no doubts about the reaction of the young dictator against any rivalry within the North Korean leadership. The moves of Kim Jong Un to remove potential political opposition to power are reminiscent of Stalin’s handling of his rivals in the Soviet government, while his unexpected behavior reminds of Nikita Khrushchev who was one of the most feared in the West for his inability to keep it all together who could snap and push the button at any time.

CNN reports that Thaek was accused of having distributed pornographic images with his confidants and misappropriating funds totaling $6.3 million.