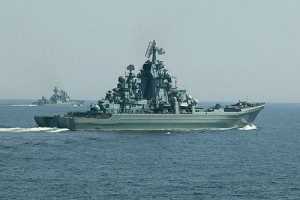 By Bohdan Holub and Justin Farrell

As Moscow solidifies its iron hold on Crimea – the lower house of the Russian parliament already voted (443 in favor, 1 against) to approve the annexation of Ukraine and the upper house, the Federation Council just announced its decision today in favor of admission of Crimea to Russian Federation – the United States responded with a set of sanctions against the individuals related to the Russian government who had, in Washington’s opinion, contributed to the current deteriorating situation in Ukraine.

Additionally, the United States along with its allies is beefing up its diplomatic offensive against Russia increasing pressure on Vladimir Putin’s government, which already is on roads to secure support from governments defying American super power status. The Russian foreign minister and the heads of energy companies are in touch with the countries in Asia and Latin America to find political and economic alternatives in the wake of sanctions from the West.

Sanctioning politicians from each side by another is nothing more than a “shouting match” since the measure does not cause any considerable consequences to either side except for underlining the accused individuals. Sanctioning of business leaders, though, will have implications for the individuals themselves, including freezing their assets in Western banks, limiting their travel and leisure and weighing in their personal interest against their loyalty to Putin. Vladimir Putin, on his part, feels comfortable. European countries receiving energy supplies from Russia and having other trade relations with Moscow have some reservation about outright sanctions against Vladimir Putin’s government, at least in the short run. Alexander Stubb, Minister for European Affairs and Foreign Trade stated that tough sanctions may affect these countries, including Finland which has a long border with Russia and 10% of its trade with Russia.

President Putin also stepped up his military engagement around the world to challenge the United States. New talks are being held with governments of Asian and Latin American countries. In defiance of America’s Monroe Doctrine, the Russian government is interested in building overseas facilities Cuba, Venezuela and Nicaragua, in close proximity of the United States. Despite the outspoken criticism of the United States by President Maduro of Venezuela, the government in Caracas refused to allow foreign troops on its soil citing the constitution of its country. Nicaragua’s government has a lot closer relations with Russia for its military assistance and is considering Moscow’s offer. Aside from the naval bases in the proximity of the mainland U.S., Russia seeks to establish naval bases in East Asia where the United States retains its own naval bases since the end of WWII. One of the Vietnamese bases will host Russian facilities on its soil and had reportedly expressed willingness for closer trade relations with Russia.

The only standing Russian naval facility outside of mainland Russia is in Tartus, Syria but its survival is highly dependent on the outcome of the civil war in Syria and Turkey’s possible siding with the West to close the straights – the access of Russia to Mediterranean.

However, the plans to open naval facilities around the world is nothing more than a public relations maneuver. Construction of naval facilities thousands of miles away from the mainland Russia requires considerable financial resources, let alone big amounts of money to build the vessels needed to dock at those facilities. Russia lacks the modernized ship-building facilities of its own. This is the main reason it opted to order French Mistral helicopter carriers instead of building them itself. The French President announced this week that he may rethink continuing to build and deliver Mistrals to Russia in the wake of the Ukranian crisis.

But the main problem for Russia will be the lack of finances needed to continue militaristic overtures. With Russian economy highly dependent on energy exports – the price for oil may decrease if the allies in the Middle East increase their output and U.S.’s export of LNG to Europe in the upcoming years may affect Russian economy – Russia is faced with difficult choices: to save up for the rainy day or expend most of its savings to build up its military. The latter will eventually lead to what Soviet Union did not anticipate and evidently came to face in 1980’s – the collapse of the entire economy and the statehood due to arms race with the United States which depleted its economic resources.

Bohdan Holub is an independent political commentator. Justin Farrell is the Editor of Foreign Policy News