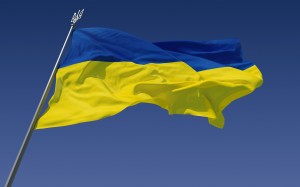 G-7 leaders issued a statement on Friday in regards to the escalating violence in eastern Ukraine. The statement reads:

“We, the leaders of Canada, France, Germany, Italy, Japan, the United Kingdom, the United States, the President of the European Council and the President of the European Commission, join in expressing our deep concern at the continued efforts by separatists backed by Russia to destabilize eastern Ukraine and our commitment to taking further steps to ensure a peaceful and stable environment for the May 25 presidential election.

We welcomed the positive steps taken by Ukraine to meet its commitments under the Geneva accord of April 17 by Ukraine, Russia, the European Union, and the United States. These actions include working towards constitutional reform and decentralization, proposing an amnesty law for those who will peacefully leave the buildings they have seized in eastern Ukraine, and supporting the work of the Organization for Security and Cooperation in Europe (OSCE).  We also note that the Government of Ukraine has acted with restraint in dealing with the armed bands illegally occupying government buildings and forming illegal checkpoints.In contrast, Russia has taken no concrete actions in support of the Geneva accord.  It has not publicly supported the accord, nor condemned the acts of pro-separatists seeking to destabilize Ukraine, nor called on armed militants to leave peacefully the government buildings they’ve occupied and put down their arms.  Instead, it has continued to escalate tensions by increasingly concerning rhetoric and ongoing threatening military maneuvers on Ukraine’s border.We reiterate our strong condemnation of Russia’s illegal attempt to annex Crimea and Sevastopol, which we do not recognize.  We will now follow through on the full legal and practical consequences of this illegal annexation, including but not limited to the economic, trade and financial areas.We have now agreed that we will move swiftly to impose additional sanctions on Russia.  Given the urgency of securing the opportunity for a successful and peaceful democratic vote next month in Ukraine’s presidential elections, we have committed to act urgently to intensify targeted sanctions and measures to increase the costs of Russia’s actions. Russia’s actions in Ukraine and the response from the international community already have imposed significant costs on its economy.  While we continue to prepare to move to broader, coordinated sanctions, including sectoral measures should circumstances warrant, as we committed to in The Hague on March 24, we underscore that the door remains open to a diplomatic resolution of this crisis, on the basis of the Geneva accord.  We urge Russia to join us in committing to that path.”