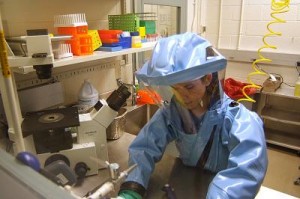 Guinea announced on Saturday to close its border with Liberia and Sierra Leone to limit the spread of the Ebola virus.

The move, ordered by the Guinean President Alpha Condé, came after similar actions by other Ebola affected countries in West Africa, according to Aboubacar Sidiki Diakité, general Inspector of Health and president of the National Sanitary Crisis Committee.

“If the other close their borders, we are to oblige to close also,” he said, adding the closing might effect the mobility of international health agents and sanitary partners

Diakité said the epicenter of the Ebola fever epidemic is moving from Guinea toward the neighboring countries where new cases are reported on daily or weekly basis.

A local official from the World Health Organization also said that closing of the border is not a ”good solution” and is against the international sanitary regulations of the WHO.

Guinean Minister of Health, Remy Lamah said it is not necessary for the country to declare ” the state of emergency ”, as the situation is becoming better.

Until Friday, 961 people have been killed in four western African countries by the Ebola virus out of 1,779 infections, according to the WHO. Guinea has so far reported 495 infections and 367 deaths.

U.S. conducts an airdrop over Iraq as airstrikes stop the ISIL advance