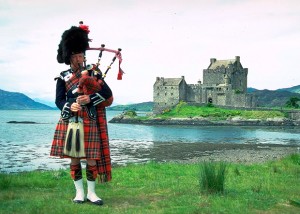 Scotland’s referendum on the dissolution of its 307 year old union with England-which created the United Kingdom-is not only causing tremors in the British Isles, but sending shockwaves across the English Channel into Europe. In Spain, longtime secessionists in Catalonia, the region that includes Barcelona, have been reenergized for a vote on creating their own independent state. Russia is watching with great interest, reasoning that if the West accepts a self-determined Scotland, it must accept a Russian Crimea. Seeing these situations as equal however, distracts from the actual content of their grievances, and likelihood of success. As leaders in Edinburgh, Simferopol and Barcelona hold up each other as examples, it helps to keep their demands in context.

The Acts of Union of 1707, passed by both the English and Scottish parliaments, bound the constituent kingdoms of Scotland and England into the United Kingdom of Great Britain. This followed the inheritance of the English crown by a Scottish king nearly one hundred years prior. The Acts officially unified the two crowns, created a customs and monetary union, and merged parliaments. Despite this, Scotland and England maintained separate legal systems and by 1999, separate legislatures. The United Kingdom does not have a single constitution. Rather an understanding of general UK law gleaned from court rulings, treaties and acts of parliament, which means for practical purposes parliament wields constitutional authority. This means that the devolution of power, including the creation of a Scottish parliament by the UK parliament, did not violate any codified laws. In London’s view, the United Kingdom is a voluntary union of nations and its constituent countries: England, Scotland, Wales and Northern Ireland, all together by choice.

This line of reasoning paved the way for the Scottish referendum after the Scottish National Party, running on a platform of independence, won an outright majority in the Scottish Parliament in 2011. Scotland’s desire to hold a referendum was not only catalyzed by an SNP victory, but reinforced through UK Prime Minister David Cameron’s admission on election night that, though he would oppose one with “every single fiber” of his being, Scotland had a right to self-determine through referendum. Cameron reaffirmed this when he signed the October 2012 “Edinburgh Agreement” allowing Scotland’s parliament to organize an unambiguous referendum on independence, whose outcome would be respected by both parliaments. Scotland’s secession movement not only has clear popular backing from the people of Scotland, but a legal framework through which to achieve independence. The Scottish secession movement also has, crucially, the backing of the UK government to leave if it chooses to do so, all key factors in legal self- determination.

While Scotland’s right to self-determination has been implicit since 1707, and explicit since October 2012, Crimea’s has never been in question. This is because Article 73 of the Ukrainian Constitution specifically prohibits “Alterations to the territory of Ukraine” without a nationwide referendum. As such Crimea’s unilateral referendum to secede from the rest of Ukraine was a violation of Ukrainian law. Despite Crimea’s former status as an autonomous region within Ukraine, it never had a level of autonomy to match that of Scotland (its parliament lacked the power to propose new laws) and though it voluntarily joined Ukraine after the breakup of the Soviet Union, it agreed to the aforementioned constitutional provisions against unilateral self- determination. Russia, the country which now controls Crimea, claims that the secession is legal under international law. It uses Kosovo’s 2008 secession from Serbia as a precedent. International law does not grant any rights to secession, and generally defers to national constitutions in instances where there is no general agreement. Crimean independence may have had the support of the population, but lacked any real political legitimacy (there was no option to remain in Ukraine under the status quo), and did not have the backing or consultation of the national Ukrainian government. Leaving aside arguments of alleged persecution of ethnically Russian Crimeans and the illegitimacy of the new government in Kiev, Crimea’s secession was not legal in the eyes of Ukrainian law. Additionally, while there is still debate as to whether or not it was legal in terms of international law. The fact that Crimea’s secession is recognized by only six UN countries suggests it was not.

“Indissoluble Unity of the Spanish Nation”

Catalans are eyeing Scotland with envy this week hoping Barcelona and Edinburgh will soon be exchanging ambassadors as Europe’s newest capitals. Catalans have always been proudly distinct from Spain, and it was not until 1714, not long after the Acts of Union, that Catalonia was definitively incorporated into the Kingdom of Spain. The years of oppression of Catalan culture and language that followed deeply internalized animosity towards Madrid, and ever since the arrival of democracy in Spain in 1975 and the restoration of Catalan cultural institutions, Catalans have been agitating for ever more independence. Today Catalans are more ready for independence than at any time in modern Spanish history, pushed to the breaking point by a devastated economy, a lack of Spanish identity, and an unresponsive political establishment in Madrid. Pro-independence marches sent over one million people into the streets of Barcelona in A vote, not endorsed by the national government, is scheduled on November 9th to ask Catalans whether or not they want to continue on as Spaniards.

Those waiting expectantly to hoist their red, yellow, blue and white Catalonia national flags shouldn’t hold their breath. This is because, despite Catalan hopes and media speculation, it is extremely unlikely that independence from Madrid would follow on November 10th. Even if the vote were to be held- and the Spanish national government has maintained that it will not (a “guarantee” from Prime Minister Mariano Rajoy himself)-like Ukraine, unilateral declarations of independence are prohibited in the Spanish Constitution. Article 8 of the Spanish Constitution claims Spanish unity and territorial integrity to be “Indissoluble” and gives the national government the power to use the military to enforce this. Spain’s constitutional court is expected to deny Catalonia the right to hold the November 9th referendum, and while Catalan President

Artur Mas has not ruled out unilaterally declaring independence if that were to happen, Spain is unlikely to give up 19% of its GDP and 26% of its exports for a move it not only considered non- binding, but illegal according to Spanish law. Without the blessing to Madrid an independent Catalonia will not happen. The far more likely result will be a revival of failed devolution talks and perhaps the federalizing of Catalonia. This would appease many of the million plus people demonstrating in the streets for independence, who would be just as satisfied with more autonomy within Spain.

The independence movements sweeping through Europe are about more than national identity, and each case is different. But, anyone planning on applying for visas to a sovereign Flanders, or moving to Venice to head up the diplomatic mission of a newly independent Vento, should rein in expectations, and keep in mind that rule of law generally still trumps the parliament of public opinion.

Joe Losavio is a Master’s student at the Johns Hopkins University-School of Advanced International Studies (SAIS). His area of concentration is International Relations and Economics with emphasis in International Law and Organizations