By Nadejda Iordanova, former Minister of Justice, Government of Bulgaria

Is the end of impunity for Bulgaria’s Prosecutor General in sight? For far too long, he has stood above the law. There has been no independent mechanism to investigate the Prosecutor General or his deputies, or hold them criminally liable, even if there was clear evidence of a crime. What’s more: He holds the power to block prosecutions against anyone he chooses, without any recourse or oversight.

The reasons are complex and historical, lying in a constitutional concentration of power, a lack of democratic accountability, and a rigid hierarchy with the Prosecutor General at the top. The consequences are clear. His absolute power has been a huge obstacle to tackling systemic corruption in Bulgaria. And as a consequence, to address the root causes of Bulgaria’s failure to achieve its economic potential as a Member State of the European Union.

Now, finally, there is hope. The Council of Europe’s Venice Commission is the latest influential body to support a draft law that would finally end the impunity. The law was developed by the Ministry of Justice under my leadership, following years of inaction by previous administrations. We proposed it during the period in office of the previous Government coalition headed by Kiril Petkov, which placed an important focus on anti-corruption and rule of law policies and legislation. It is central to our strategy of institutional and legislative reforms aimed at gradually pulling the Prosecutor General’s Office into the democratic system of check and balances which it has too long avoided.

First, some background about the lack of accountability of the Prosecutor General, a long-standing issue for Bulgarian citizens, legislators and politicians.

The European Court of Human Rights criticized this lack of accountability already back in 2009, in the case of Kolevi vs Bulgaria. In this case, a high-ranking prosecutor Nikolai Kolev was framed for bogus drug possession by the Prosecutor General after he had openly criticized him for abuse of office. Kolev and his colleague were subsequently murdered, allegedly with involvement by the Prosecutor General. The European Court of Human Rights highlighted in its decision that the centralized structure of Bulgaria’s Prosecutor’s Office makes it impossible to carry out an investigation against the Prosecutor General because he himself has a monopoly over the investigative process.

The European Commission has also highlighted the problem of the Prosecutor General’s impunity before the law in the context the Cooperation and Verification Mechanism, as well as in the latest EU Rule of Law Reports. In June 2022 MONEYVAL, the Council of Europe’s anti-money laundering body, criticized Bulgaria’s low level of effectiveness in investigating and prosecuting money laundering offences and confiscating proceeds of crime. Greater accountability of the Prosecutor General’s Office is one of the key reforms envisaged in the national Recovery and Resilience Plan developed during the former government’s tenure and approved by the European Commission. If it is not achieved under the current government, Bulgaria will not receive funding under the plan.

Everyone, then, from ordinary Bulgarian people protesting on the streets to the European Commission and international standard-setters, is asking the same things: Why is there still a lack of effective prosecution of high-level political corruption in Bulgaria? And what has the government done about it?

As the Venice Commission recognizes in its recent positive opinion, the real game-changer will be the draft law that institutes a mechanism to investigate the Prosecutor General or his/her deputies.

The mechanism involves a criminal judge appointed temporarily as a prosecutor to the Supreme Cassation Prosecutor’s Office for a period not exceeding two years. If passed, the law guarantees that every report or complaint against the Prosecutor General or his deputy will be examined objectively and according to the established facts, by specially appointed officials of the Ministry of Interior or Customs Agency. In addition, the law foresees a judicial review of a prosecutor’s refusal to initiate pre-trial proceedings for a serious crime. As an additional measure to limit the de facto power of the Prosecutor General in the Supreme Judicial Council (SJC), the law includes a requirement that the National Assembly shall not elect sitting prosecutors and investigators to the SJC.

The Venice Commission’s opinion in fact recommends even more ambitious reforms covering the structure of the SJC and limits to the functions of the Prosecutor’s Office outside the sphere of criminal law. These reforms require a constitutional (qualified, two-thirds) majority in the parliament. If passed, they will be the most direct and effective path to an enhanced system of checks and balances concerning the Prosecutor General and Supreme Judicial Council.

The hope rests not only on this law and the overwhelming international support for efforts to bring accountability back to Bulgaria’s Prosecutor’s Office. It rests also on important successes achieved during the previous government’s tenure.

One proposal I brought forward in 2021, as a Member of Parliament then, stipulated the right of the Bulgarian Parliament to hold a hearing with the Prosecutor General every three months. This has now been included in the parliamentary regulations, though not before the Prosecutor General sought to appeal this to the Constitutional Court. His appeal eventually failed. Members of Parliament will also now have the right to give recommendations to reports of the Prosecutor’s Office, something not possible in the past.

In an effort to achieve greater independence of the work of the EDPs, the Bulgarian Parliament also adopted our proposed amendments to the Judiciary Act. This improved the effectiveness of the EDPs by providing for autonomous administration and a dedicated budget, including a classified dossier unit. This could prove critical for prosecuting crimes involving EU funds in the country. It is thus of interest not only to Bulgaria but for the entire European Union.

Another important initiative, which we prioritized but did not have the time to fully execute, seeks to increase the effectiveness of Bulgaria’s anti-corruption agency, KPKONPI, by separating it into two bodies. One body would be focused on investigating high-level corruption cases. The second would have a prevention function and would also specialize in conflicts of interest and illicit asset forfeiture. This reform is also part of the European Recovery and Resilience Plan and a key pillar for more effective investigation of high-level political corruption in Bulgaria.

We hope these reforms to ensure greater rule of law and democratic accountability in Bulgaria will pass through the political turbulence and emerge unscathed.

Their success is not just for the sake of receiving funds under the European Recovery and Resilience Plan. Together, they help to restore legitimacy to Bulgaria’s criminal justice system and allow the State to effectively carry out its role of holding criminals and the corrupt to account. Ultimately, they are crucial to increase trust and a sense of justice in Bulgarian society.

Nadejda Iordanova is a former Minister of Justice of the Republic of Bulgaria. Leading the legislative efforts of the Democratic Bulgaria Coalition for judicial reform in the country, she is a lawyer with expertise in administrative and commercial law, public procurement and EU funding and international organizations. Member of the 45th, 46th and the current 48th Bulgarian National Assembly, deputy chairman of the parliamentary group of Democratic Bulgaria and member of the Parliamentary Commission on Legal Issues. 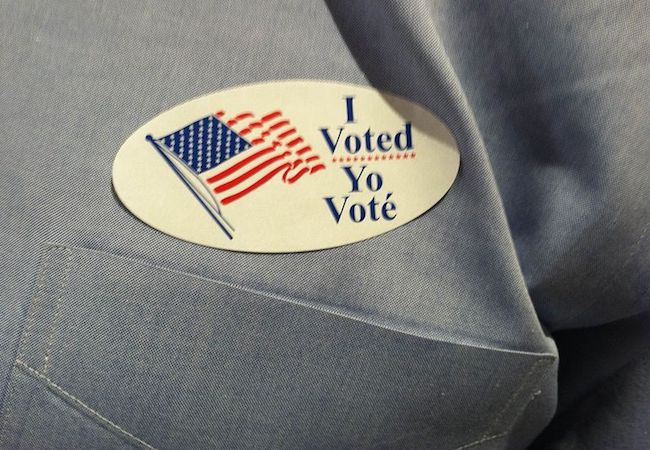